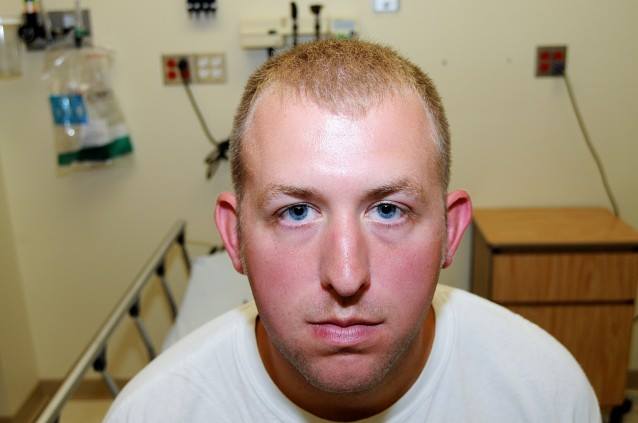 UNITED STATES—By now, most of you have witnessed the interview between Ferguson Officer Darren Wilson and ABC News. Everyone has mixed feelings about the interview. Was Officer Wilson telling the truth? Did he appear remorseful? What will happen next? The list goes on and on.

I’ll be the first to say that I was quite horrified by the interview. Not because it was a bad interview, but because of some of the responses to Officer Wilson. I mean to tell America that you have very little remorse over what you did. That you can sleep at night with a clear conscience? I mean really? If the notion of self-defense is being pleaded, I can understand that, but even then, to murder someone and not have some sort of reaction to it is scary as hell.

If someone could kill without feeling something, that’s the border of crossing from an everyday human being to a psychopath! Murder is a heinous crime because you steal someone’s life. They are no longer, living or breathing on this planet.

Officer Wilson did not appear to be saying to America, I can understand the backlash, the chaos, the emotions, not just of the people in Ferguson, Missouri, but in America as a whole.  This guy just seems to plan to move on with his life, not realizing that things will never be the same.

I have a feeling he is starting to see that now.  Over the weekend he resigned from the Ferguson Police Department. To be honest, I don’t think he had any other option. I mean would the department want to face another scandal like this, considering how much outrage as already erupted from it.

I think Wilson will find it nearly impossible to find a job with any other police department. There is a fear that what happened in the past could possibly repeat itself somewhere else. That is not the only problem Wilson faces, as it’s a strong possibility he could face civil charges from the family of Michael Brown. While criminal charges can’t be pursued, that does not mean Brown’s family might not seek some sort of civil case to remedy Wilson’s actions advocating negligence.

I mean it happened with OJ Simpson, so it’s not out of the question. It’s hard to fathom out of that entire interview that Mr. Wilson himself didn’t really release any sincere emotion in my opinion. He said a few things, but nothing that came across as sincere or authentic to me. Could he have rehearsed everything he was going to say? It’s very possible, but I would think that would be hard to do without the interviewer being able to pick up on that.

It can be said is the issue in Ferguson has shed a spotlight on police officers and their interactions with the public; specifically the African-American male. The incident in Ferguson might just be one of many more that has, is happening or will happen across America. It’s time to talk people, no matter how difficult or uncomfortable the conversation will be.