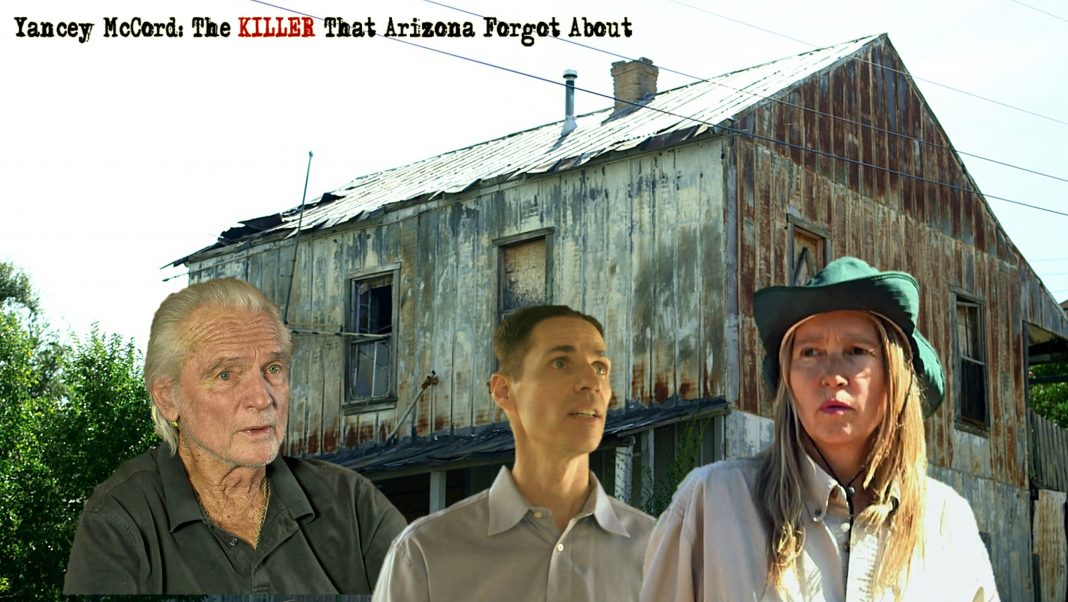 HELLO AMERICA!─It was so exciting to be made aware that veteran actor Chris Robinson finally agreed to make another film on the widescreen again. After his many years on the celebrated soap “General Hospital” as Dr. Rick Webber, as well as winning international attention for his co-starring role on the hit series “Twelve O’Clock High,” he had a need to take time off and relax on his Arizona ranch.

Even though producers of “The Bold and the Beautiful” (another one of his daytime winners) convinced him to make several special return appearances on the show, Chris made it clear that it would not be a permanent deal. However, it took actor, director, producer Michael Jason Allen to convince him to take on one of the key roles in his film “Yancey McCord: The KILLER That Arizona Forgot About” (2020). Allen has garnered such a positive reputation within the industry as a genuine artist right across the board, that Chris had no difficulty in having a meeting with him concerning his latest film project.

There is no doubt that Michael Jason Allen is quickly developing a positive image as a filmmaker in the film industry; his production company He Said She Said Productions is attracting fans nationwide. His first ever gig in the film/acting biz was as a day/player in the Columbia Pictures release “What Planet Are You From?” (1999). His own written/directed/produced feature films include “References” (2008), “The Coldest Kiss” (2014), “Stealing Sunrise” (2015), “An Idle Mind is the Devil’s Playground,” (2016), “Stealing Sunrise 2: Malibu Trail” (2017), “Hello, Are You There? (2018), and “Emulator” (2019).

Allen is receiving tremendous positive attention throughout the motion picture industry. Several producers quickly thought they were witnessing Orson Welles who always managed to mystify the industry with most of his produced films. When meeting rock singing wife of Robinson, Jacquie Shane who made quite a name for herself in England, Allen quickly convinced her to play the role of a park ranger in the film. It premiered in Arizona on January 18.

Speaking of premieres, I must mention the release of OASIS magazine, published in Atlanta with ME on the cover. What a tribute? The publication is a delight as well as informative to peer through. Then too, yours truly has been signed to write a special entertainment feature for the magazine. I am looking forward to it.

“Birds Of Prey,” Is A Mixed Bag