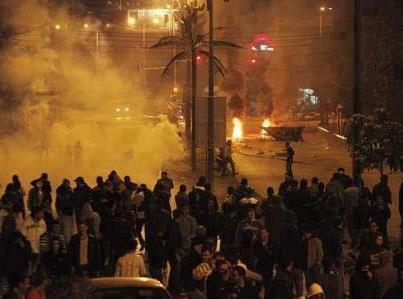 MIDDLE EAST—Tensions are still running high in the Middle East in the wake of Operation Pillar of Defense and Palestine’s admission to the U.N. as an observer state.

On Wednesday, an Israeli Border policewoman at a check point in the West bank City of Hebron opened fire on 17-year old Palestinian, Muhammad Ziad Awad Salamah, after allegedly brandishing a pistol immediately following a confrontation with other border officers under her command.

Authorities have identified the weapon as being a fake toy gun fashioned from metal.

According Israeli news sources, Salaymah was walking near a border patrol post, when border patrol officers approached him and asked for identification.  Salaymah allegedly brandished the weapon and was pointing it at a patrol officer’s head when an Israeli policewoman in command of the outpost opened fire on the Palestinian youth, killing him.

Palestinians say that Salaymah had been unarmed and failed to heed orders to halt at a check point as he was hard of hearing, and had celebrated his birthday earlier that day in school.

The incident has sparked civil unrest and riots in the west bank.

Angered by the death of a youth whom they believed to be innocent, Palestinians rioted in Herbon throughout the day, throwing bottles and stones at the Border Patrol post. IDF Soldiers fired tear gas, stun grenades and rubber bullets, after Palestinian police failed to disperse the crowd.

Following the day of rioting, the end of Thursday night saw another tragic shooting of a Palestinian youth by Israeli forces.

Soldiers shot a Palestinian rioter, claiming he had thrown a Molotov cocktail at officers manning the Hasam Hashtor Security Checkpoint in Hebron.

Palestinians reported that the youth –Nasser Sharabati, 17– was struck in the chest by live ammunition critically wounding him.

According to an IDF spokesperson, Sharabati was evacuated to a hospital by the Palestinian Red Crescent.

Security sources say that these recent development have contributed to an increase in West Bank disturbances, however this increase does not constitute the beginning of a third intifada.

Cooperation between the Palestinian Authoritys Security Forces and The Israeli Defense Force has remained in place and has not wavered.

The controversy and outrage over the events has come at a critical time when PA Foreign Minister Riad Malki has said that the Palestinians’ next move would be to request membership in the International Criminal Court, following November’s UN General Assembly vote in favor of granting a Palestinian state the status of non-member observer.