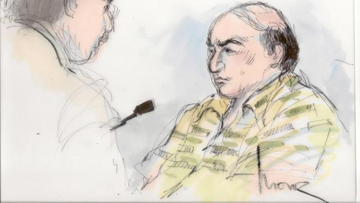 EGYPT—California resident Mark Basseley Youssef, 55 – the filmmaker responsible for creating “Innocence of Muslims”—was sentenced to death in absentia in an Egyptian court on Wednesday November 28.

The associated press reports that Youssef is among seven Egyptian Coptic Christians and an American pastor sentenced on charges linked to the anti-Islam film.

Charges were brought up in September after public outrage and violence erupted over the film, which was produced by Youssef.

The defendants– most of whom live in the United States – were found guilty of harming national unity, insulting and publicly attacking Islam and spreading false information—all charges carry the death sentence, according to Egypt’s official news agency.

In California, Youssef who used the alias Nakoula Basseley Nikoula, was sentenced to one year in federal prison in a California court earlier this month for a bank fraud case and probation violations, according to a report by the Los Angeles Times.

Foliage Is Meant For Weather