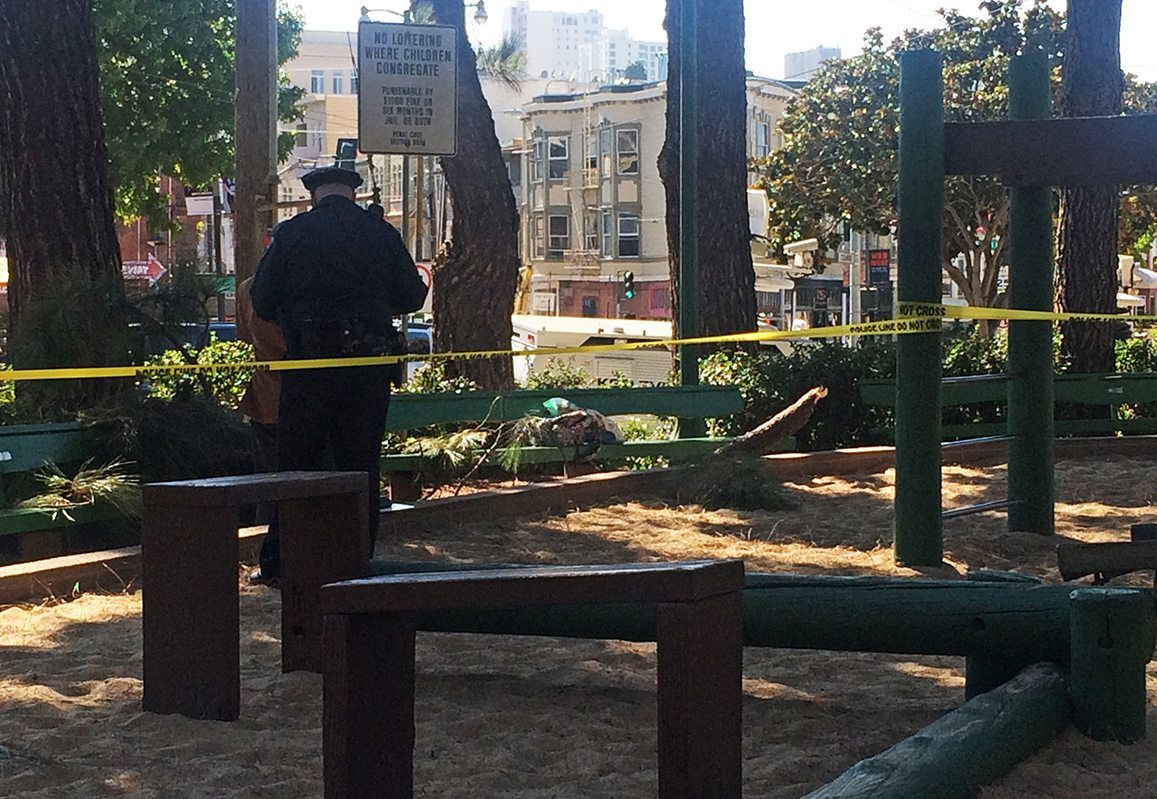 SAN FRANCISCO—The family of a woman who was paralyzed after she was hit by a falling tree branch in Washington Square Park has filed a lawsuit against the city of San Francisco.

The lawsuit implicated negligent pruning and improper care as the cause of the tree branch falling. The fallen branch weighed 100 pounds and left Emma Zhou, 36, with a severed spinal cord, a fractured skull, and permanent paralysis below the waist.

Zhou’s representatives allege that the city had “received reports of falling pine tree branches in and around the same playground.”

Attorney Jeremy Cloyd, a representative of Zhou’s family, specified that “at least one of these pines was reported to have dropped multiple branches on the playground in 2008, and then in 2009 the playground was taped because of hanging branches. The city knows that trees pruned like this must be watched closely and pruned frequently because they will continue to develop branches that are too heavy and large for the tree to support.”

Zhou’s family is seeking damages that have not been specified. Zhou remains in the hospital and is expected to spend another year going through rehabilitation.

“She is having a hard time emotionally, but tries to put on a good face, remain positive, and work on her recovery,” Cloyd stated.