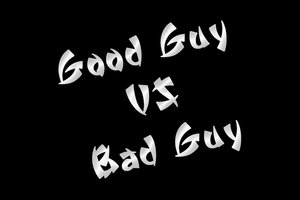 UNITED STATES—How accurate is the saying, “Good guys always finish last?”  I know some people including myself are inclined to think that statement is quite accurate.  Women tend to be attracted to bad boys, for what reason some will never know.  I personally do not think it’s an issue of getting an adrenaline rush from being around someone who does criminal things; it’s more of a protective element.  Women tend to feel safe with a partner they know can defend or protect them in dangerous situations.

Why are good guys deemed too nice in the long run?  We see it time and time again in movies and television where the good guy ultimately wins out in the end, yet in real life that’s not always the case.  Talk to any female and you’ll hear time and time again of their infatuation of being with the bad guy.  It’s the scrawny look, the carefree attitude, saying what they want to say without any regrets.  But if you truly think about it most bad guys at some point are reformed to the good guy.

It’s all about meeting the right woman.  Time and time again we have the discussion of whether a woman can change their man?  I do believe so; it’s not so much the woman forcing her thoughts onto her significant other, its more of the man wanting to change to better his relationship.  The woman can be quite influential in doing so.

With all due respect the good guy and the bad guy are the same person.  Everyone has a little bit of an edge, its just the good guy keeps that edge intact; its apart of their character that perhaps they’re not comfortable wearing on their sleeve day in and day out.  Whereas the bad guy is comfortable wearing that character on their sleeve, it might be a cover up for their true self, or a slice of character that they haven’t quite grown into yet.

My personal thought is its okay to have a bit of a rough edge, play out the duality of being the good guy and the bad guy; show multiple facets of your personality to the world, don’t be afraid to open yourself up.  People tend to think everyone is one note.  You fit into this mold and you have to stay in that mold.  Sorry you don’t.  Being good does not embody being a pushover; you might be a bit more respectful of women and their feelings.  The bad guy has a more carefree approach to life; it’s who I am, take it or leave it.   In the end, it still ends with the bad guy transforming a bit into the good guy.  So in the end, I guess the good guy does finish last, but the key is he finishes!