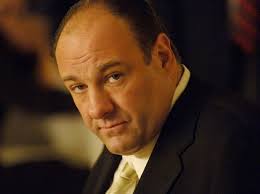 ROME, ITALY—James Gandolfini, best known as Tony Soprano from HBO’s “The Sopranos,” died of a sudden heart attack in Italy on Wednesday, June 19. He was in Rome on vacation with his son at the time. The actor was 51.

Many celebrities have commented on the loss. Governor Chris Christie ofNew Jerseywrote on his Twitter account “a huge fan” of Gandolfini, and that he played the “character Tony Soprano so authentically.” He further tweeted that his passing “is an awful shock” and that he was a “fine actor, a Rutgers alum, and a true Jersey guy.”

Most notably, David Chase, the creator of the “Soprano’s” released a heartfelt statement saying that, while Gandolfini wasn’t “easy at all times,” he was still his “brother, and partner in ways that he can’t explain, and will never be able to explain.” Chase claimed that “a great deal of genius resided in Gandolfini’s sad eyes” and he hailed him as “one of the greatest actors” of all time. He remembers even comparing him with Mozart. Chase says that Gandolfini’s passing away is “bad for the rest of the world.”

Gandolfini won three Emmy Awards for his portrayal of Tony Soprano, a Prozac taking crime boss prone to panic attacks. He is also known for his role as a woman-beating mobster in “True Romance.” He produced two documentaries in 2007 and 2010 that analyzes post-traumatic stress disorder and the impact of war on American families.