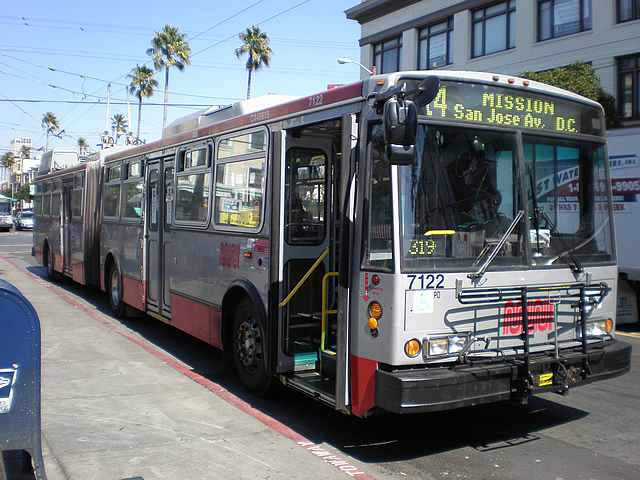 SAN FRANCISCO—A second arrest was made after the vandalism and arson incident of a Muni Bus on Market and Third streets from last Monday, October 29 2012. Nicholas Hudson a 19-year-old man from Daly City was arrested in South San Francisco early in the morning and books into San Francisco County Jail. He was charged with vandalism, destroying a passenger transport vehicle, all felonies on arson, and one probation violation.

The police department recognizes the help from the general public in bringing Hudson to justice. Hudson is not the only person responsible for the incident; therefore, the police have released photos of other suspects who were breaking the windows of the bus with a skateboard. In one of the photos, a 20-year-old man is seen wearing a dark outfit with a baseball hat. Another suspect identified to be black in his 20s wearing a red/gray striped shirt is seen using a barrier breaking the front windshield of the bus.

The San Francisco Police Department is encouraging the public to take a close look at the photos released. In case any of the suspects can be recognized, they should call the Special Investigations Division in the SFPD/ Arson Task Force at (415)920-2944. There is also the Anonymous Tip Line at (415) 575-4444 or Text a tip to TIP411 with the word SFPD in the beginning of the text message.