Hurd was the CEO of Hewlett-Packard from 2005-2010. During his tenure, he was able to increase Hewlett-Packard stock from $18.06 a share to $39.93. His tenure at HP was mired with controversy after he laid off 10 percent of HP employees at the beginning of his tenure. While growing profit margins for Hewlett-Packard, Hurd had a sexual harassment complaint end his time with the company which led to his resignation. 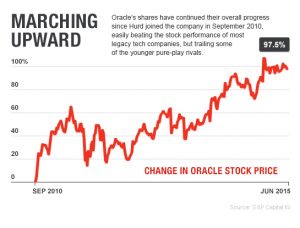 “Oracle has lost a brilliant and beloved leader who personally touched the lives of so many of us during his decade at Oracle. All of us will miss Mark’s keen mind and rare ability to analyze, simplify, and solve problems quickly. Some of us will miss his friendship and mentorship. I will miss his kindness and sense of humor.”

Mark is survived by his wife Paula, and their two daughters, Kateryn and Kelly.

Male Shot In The Tenderloin District