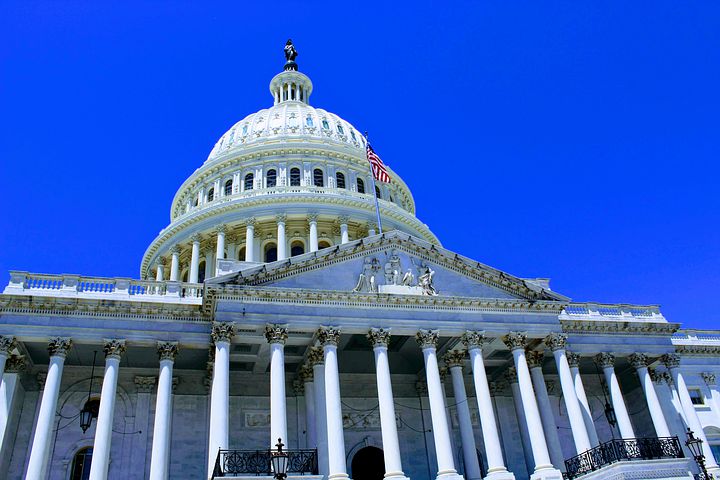 UNITED STATES—When Republican members of congress marched into the secure capitol basement SCIF room (Sensitive Compartmented Information Facility) where a Defense Department official was set to testify, it was an embarrassment to witness. Senator Lindsey Graham spouted off a colossal lie by saying Republicans have been shut out of the process, omitting the fact that 47 republicans have full access to these hearings where they can ask anything they want.

They continued to lamely demonstrate outrage against closed door hearings, even though Republicans also limited attendance in the Benghazi hearings. By throwing what amounted to a legislative tantrum, they exposed themselves as either entitled teenagers or emasculated lawmakers trying to right a bogus injustice. Having run out of all options in handling the undeniable facts that their President sold out our country, they stormed the hearing room as a smokescreen to rage about the process while remaining mute about his treasonous behavior.

These poor excuses for members of Congress illegally stormed the hearing room and then compounded their unseemly behavior by pulling out their cell phones. They knew better than to do this because cell phones can be used as covert listening devices even when turned off. They further paraded their unprofessional conduct with an abandonment of all decorum by ordering pizza, and leaving their trash behind when they finally left.

But they demand open hearings, do they? If so, are they ready for the repercussions to follow when their constituents hear the naked truth? What if the open hearings they so crave would cause even more voters to call for impeachment and removal from office? Would they suddenly locate their principles and begin following those whom they were elected to lead? If Republicans should abruptly change their positions on impeachment only after their constituents do, it would be a remarkable display of weakness and cowardice.

As they raucously called for open hearings in their juvenile parade down the stairs because Trump told them to more forcefully show support for him, they feebly submitted to the whims of an undeniably panicky president. It’s as though strings were attached to their limbs as they descended the staircase because Trump was directing their foolish marionette descent into the basement, both literally and figuratively.

One with a more cynical eye and a pottymouth that I will sanitize interpreted their quizzical searching faces while wending their way haphazardly towards the SCIF room as those who were hunting in vain for their gonads.

How To Get The Best-Quality CBD