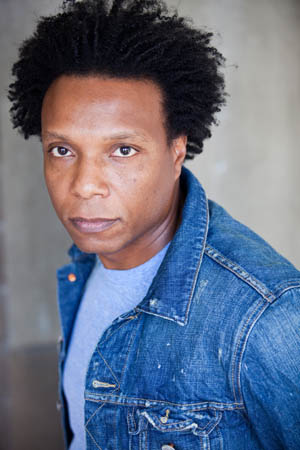 HELLO AMERICA!—Actor Russell Robertson affectionately referred to as Russ Rob by his friends is an extraordinary young actor who walks gently, but powerfully when it comes to making his dreams come true.

MSJ: What did you expectHollywoodto be like when you first arrived in town?

RR: I guess as I look back I expected to find more of a career “road map” with more defined pathways as to becoming a working actor inHollywood. Coming from working on Wall Street life was rather predictable and unexciting. There was a path and if you followed it you were rewarded. I guess I was conditioned to expect to be shown the way instead of making a way for myself.

MSJ: What kind of reception did you get? Was it difficult to find an agent – friends?

RR: Coming from NY I guess I to expected more of a colder reception. I believe New Yorkers by nature are a skeptical bunch. But when I got here I was warmly received by other people in the industry which also convinced me that I was in the right place. Early on in my stay, I was fortunate to make some wonderful friends while studying acting at the Beverly Hills Play House. Finding an agent was not an easy task. I did what everyone does when they are beginning, send out head shots and go to workshops, and ask for introductions. In a twist of fate, I started to get offers for representation when I wasn’t actively looking. Today, I can happily say that I’m with Prodigy Talent Agency.

MSJ: What made you decide on acting as a profession and why?

RR: I harbored dreams of wanting to be an actor since my childhood, but never verbalized it to anyone. I remember back when I was in elementary school, I was chosen over all the other 6th grade boys to give a speech to the school about the importance of Independence Day. Mrs. Fields told me she chose me because I had a strong voice. After practicing with her after school I worked on it by myself day and night. On July 4th, I gave my speech to the school. I remember the controlled way I moved through the text, punching certain words in the text and enunciating others with ease, as if I was Paul Robeson. I recall taking my moment to look over the audience to let the words sink in as if I was a Baptist Minister. When I finished the standing ovation and loud applause from my smiling teachers, parents and classmates at my accomplishment I never forgot. I think that was the beginning of wanting to experience that feeling again, of connecting to an audience and making them feel something.

MSJ: What was one of the most disappointing things you were forced to face as an actor so far?

RR: I’m most disappointed about not doing as much as I can to move my career forward. I set achievable goals, but get side tracked sometimes. That’s usually when I’m feeling bombarded with distractions of life. It can be a struggle not to feel overwhelmed with obligations and expectations that come with paying bills, going to auditions, studying, and administrating my career on a consistent basis. I’m still working at it, but it’s a hard fight that I don’t always win.
MSJ: What actors influenced you most as an actor or performer?

MSJ: Has the world changed very much since you’ve been out on your own as a struggling actor?

RR: Definitely my view of the industry has changed. It’s a lot tougher to consistently work than I thought. Also – I just finished working on a trailer for a short film that I wrote and produced based on the historic fight of Muhammad Ali aka Cassius Clay versus Sonny Liston called “Shake Up the World.” That was an exhilarating experience that gave me first hand insight and experience into other parts of this business. I really appreciate a lot more the jobs of producers and cinema photographers and all the people that make a film happen whether it’s a big budget film or not.

MSJ: What regrets do you have, now that you have to face day to day challenges as an artist?

RR: I don’t think about having regrets, I find it steals time away from me being in the here and now. And there is just so much I have to do and so few hours in a day. So, I look at the good and bad as my journey as an actor.
MSJ: Who are you today, compared to the young actor you were before coming toHollywood?

RR: When I look in the mirror, I see a fiercely determined actor who is comforted with the belief that I’m on the road I should be on despite my struggles. I also see someone that feels very grateful to be able to pursue a career as a working actor, and very fortunate to be a part of our gifted and creative community.