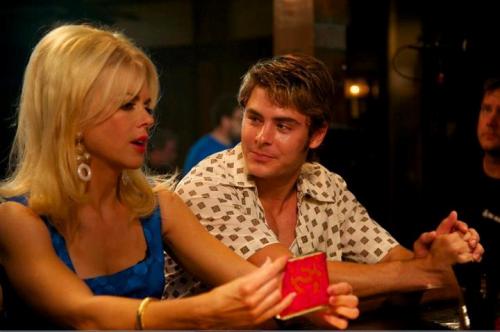 HOLLYWOOD —The blockbuster movies of summer are now behind us, but that doesn’t mean there aren’t any must-see flicks invading theaters the next few months.   Fall has been known to draw a more adult crowd to theaters as studios release pictures sure to create Oscar-buzz.   From the musical “Les Miserables” to “The Twilight Saga: Breaking Dawn Part 2” there is something for everyone.

The first few weeks of September have always been known to be slow weeks at the box-office.   For those looking for a bit of action the fifth installment of the “Resident Evil” franchise “Resident Evil: Retribution 3D” hits theaters on September 14.   The flick of course stars Milla Jovovich and Ali Larter as zombie fighting heroines.   An unexpected twist involves the return of actress Michelle Rodriguez to the franchise.   If 3D is your cup of tea, moviegoers will be excited to see the remake of “Judge Dredd” simply titled “Dredd 3D” which hits theaters on September 21.   Karl Urban stars as the flicks hero as he does battle with the wicked Lena Heady.

October 5 sees the release of the highly anticipated sequel “Taken 2” starring Liam Neeson, Maggie Grace and Famke Janssen.   Its predecessor put Neeson on the map as an action star as he traveled around the globe to rescue his daughter from sex smugglers.   This time around Neeson is the target; expect plenty of gunfire, epic combat and chase scenes to leave tongues wagging.

A film that has generated a massive amount of buzz is director Lee Daniels’ “The Paperboy.”   The tense drama stars Matthew McConaughey, Zac Efron and Academy Award winner Nicole Kidman.   The buzz around Kidman’s performance in the picture is sure to garner her some Oscar-buzz come February, as well as her co-star Efron.

If you’re looking for scares just in time for Halloween be sure to check out “Paranormal Activity 4” hitting theaters on October 19.   Not sure where this chapter in the franchise can go as it appeared the last one wrapped things up, but I’m sure audiences will be lining up to view more terrifying footage. Tyler Perry assumes the role of detective Alex Cross from Morgan Freeman in the amply titled “Alex Cross” hitting theaters on October 19.   Perry engages in a tense game of cat and mouse with a sinister looking Matthew Fox as a sociopath on the loose.

The month of November sees the return of Daniel Craig as James Bond in “Skyfall” on November 9.    The trailers have been quite tense speculating that some bad things may be in the works.   After the dreadful “Quantum of Solace” the bond franchise is in need of a burst of fresh energy.   That same week sees the release of director Steven Spielberg’s biopic “ Lincoln” starring Daniel Day-Lewis in the title role.   With powerhouses like Tommy Lee Jones, Jackie Earle Haley and Sally Field this picture screams Oscar.

The moment that Twi-hards around the nation having been waiting for arrives on November 16 as the final chapter in the vampire franchise “Breaking Dawn: Part 2” hits theaters.   Fans will finally get to revel at the chance of seeing Kristen Stewart as a vampire.   It will also be the last time Robert Pattison, Stewart and Taylor Lautner will appear on screen together.   It’s sure to break box-office records.

December sees the release of the Peter Jackson’s highly anticipated “The Hobbit” a prequel to the terrific “Lord of the Rings” trilogy.   There are plenty of fans who have December 14 circled on their calendar as they slowly count down the days.   I’ll be the first to admit I’m not a huge fan of musicals, but the trailer for the Broadway sensation “Les Miserables” starring Russell Crowe, Hugh Jackman and Anne Hathaway looks to deliver some Oscar-caliber performances from its star cast.   Just from the trailer it looks like Hathaway will be making a return to the Academy Awards this time as a nominee for Best Actress.   The musical also hits theaters on December 14, so that will be an interesting weekend at the box-office to say the least.

Kathryn Bigelow’s highly anticipated Bin Laden picture “Zero Dark Thirty” hits theaters on December 19.    The movie is expected to chronicle the events of the 9/11 attacks as well as the death of Bin Laden at the hands of Navy Seals.   The trailer does indeed give off an ominous presence to the spectator.   Just in time for Christmas, Quentin Taratino unleashes “Django Unchained” to audiences.   The picture stars Jamie Foxx, Leonardo DiCaprio and Christoph Waltz.   Foxx plays a slave-turned bounty hunter who with the assistance of his mentor (Waltz) seeks to save his wife from a brutal plantation owner portrayed by DiCaprio.   The movie is sure to ignite a bit of controversy, but when has a Taratino movie not done so.

Those are just a few flicks on my list that should also be on any avid moviegoer’s list this fall season.   With so much variety, there’s something sure to please everyone!

Wedding Disasters, Truth Bombs On “Days Of Our Lives!”