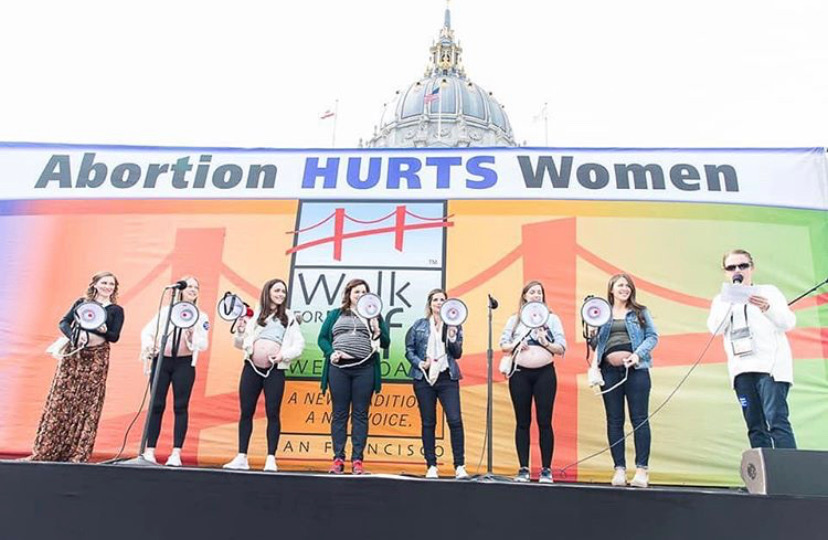 SAN FRANCISCO—Thousands of people marched through Market Street on Saturday, January 25 for the 16th annual Walk for Life march.
The annual march falls on the anniversary of the 1973 U.S. Supreme Court Roe v. Wade ruling of a women’s right to have an abortion. The day began with a rally at Civic Center Plaza, followed by activists marching through Market Street to Justin Herman Plaza.
An estimated 10,000 participants filled the streets during the two-mile march causing traffic to be backed up throughout the surrounding areas.