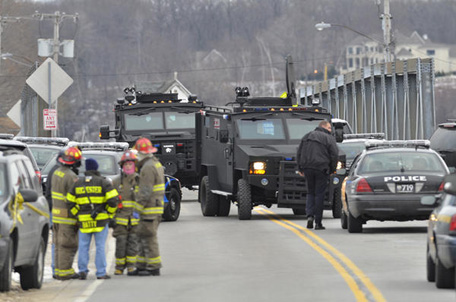 The incident took place in the Rochester-area town of Webster where firefighters first arrived on scene just before six a.m., when the unidentified shooter took aim at the first responders and opened fire.

“It does appear that it was a trap that was set,” said Police Chief Gerald Pickering.

One firefighter fled from the scene in a personal vehicle after being shot and was later taken to a hospital from another location an hour later.

For three hours firefighters and other first responders watched as SWAT teams evacuated more than 33 people from homes in the area. In that time, the threat of more gunfire hindered their ability to keep the flames from spreading to four more houses.

The type of weapon that was used in the shooting has not yet been disclosed.

“I know that many people are going to be asking, ‘Were they assault rifles?’ “I don’t know that. I can’t answer that at this time,” Chief Pickering told the press.

Frost Is Different From Chill