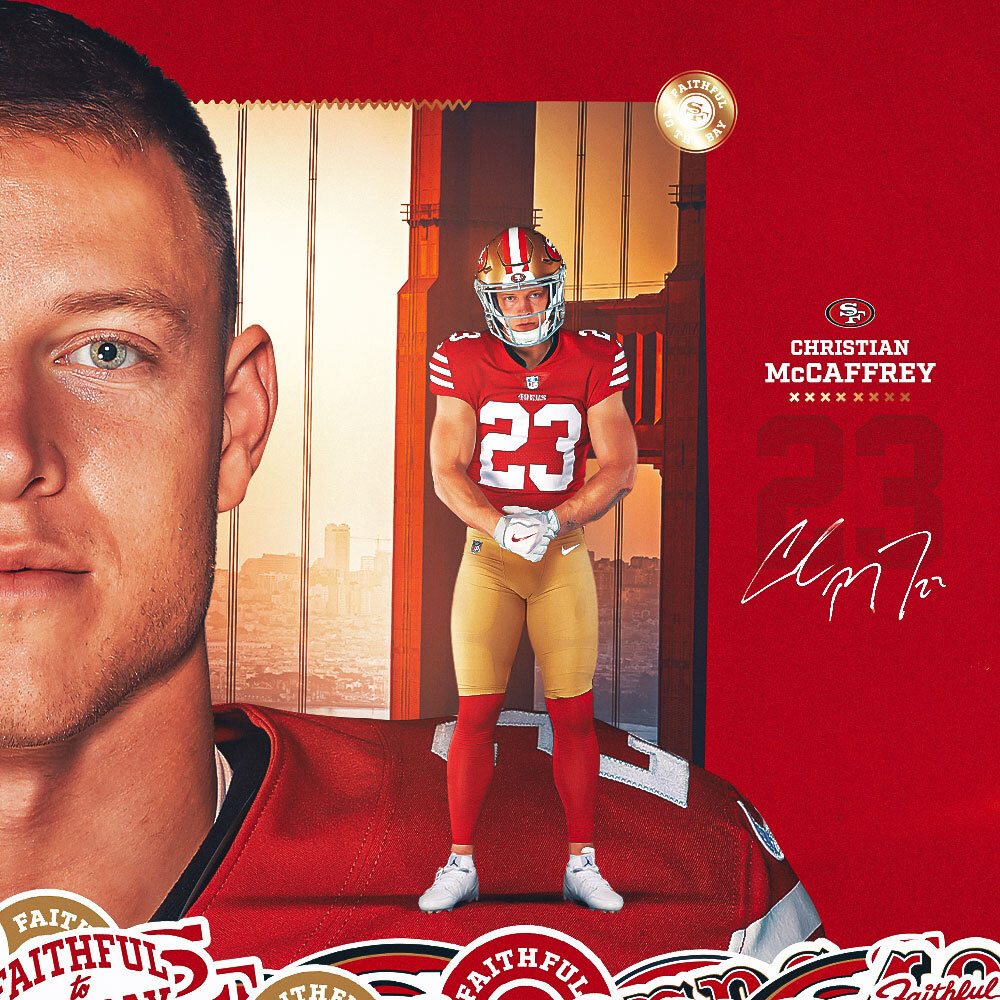 UNITED STATES—The Christian McCaffrey trade is one of the most talked about deals in NFL recent history, and fans have plenty of opinions about whether this was a smart move by the 49ers or whether they should have bailed and not taken the deal. It does mean that the vast range of online sweepstake casinos for the USA are fielding many bets on the subject, with McCaffrey’s arrival triggering predictions for the coming season.

So, in case you missed it, the trade from the Panthers to the 49ers for Christian McCaffrey came to fruition last week. People are split on whether this is a good thing because, in return for their player, the 49ers have given up the second, third, and fourth-round NFL draft picks in 2023 and one fifth-round pick in 2024 to the Panthers. This does seem like quite a big price to pay, but the 49ers are clearly convinced that McCaffrey is the player they have been looking for.

McCaffrey does have a fairly substantial injury history which some people say will come back to haunt the 49ers. He played his first game recently against the Kansas City Chiefs, which did not result in a win, although it has been suggested that part of the reason was that, now, he lacks knowledge of the offence of this new team. Once he learns the ropes, he could be a lot more effective than he was in this first outing. The 2020 and 2021 seasons were completely plagued with injuries meaning he only played 10 of Carolina’s regular-season games missing 23. As we draw near to the end of 2022, it seems his health has stabilized, and he played all six of the Panthers game. In the NFL rankings, he is 12th in carries with 85, 13th in rushing yards with 393, 19th in receptions with 33 and 31st in targets with 43.

McCaffrey’s career started at Stanford on the college team, where he was the runner-up in the 2015 Heisman Trophy. It was an impressive run, and he had 33 touchdowns in three seasons as a runner, receiver and returner. He even managed to throw for two touchdowns. He won’t be a complete stranger in the 49ers camp, as he has a history with Shanahan. When McCaffrey’s father and Shanahan’s father were at their peak during the late 1990s, they won two Super Bowls together playing in Denver. At the time, Shanahan Junior was McCaffrey’s babysitter.

San Francisco was lacking in offensive firepower. They have George Kittle, Deebo Samuel, who often moonlights as a runner, and Brandon Aiyuk, although Kittle has been carrying many injuries resulting in a lot of missed time.  Even with all three functioning well, they rank in the middle of the pack for their offence. McCaffrey will join the backfield, which is quite crowded and is led by Jeff Wilson. Currently, they are down Elijah Mitchell, who unfortunately had an MCL sprain. When he returns in week 9, things should improve further.