UNITED STATES—It has been 28 long years since San Francisco 49ers fans saw their team lift the famous Vince Lombardi trophy when the 49ers demolished the then San Diego Chargers 49-26 at Super Bowl XXIX. The 49ers reached the Super Bowl in 2012 and again in 2019 but returned home as the losing side on both occasions. Is 2022 the year the talented 49ers roster captures a coveted Super Bowl ring?

The 2022 NFL season is rapidly approaching, and football fans across the United States and farther afield are gearing up for what could be a spectacular campaign. There are up to eight teams with legitimate Super Bowl ambitions in 2022, and the San Francisco 49ers are one of them. While the Buffalo Bills are the current Super Bowl favorites, those Tampa Bay Buccaneers fans enjoying online sports betting in Florida believe they will become NFL champions thanks to Tom Brady’s dramatic retirement U-turn. The 49ers are currently the joint-sixth favorites, taking some pressure off of Kyle Shanahan‘s men. 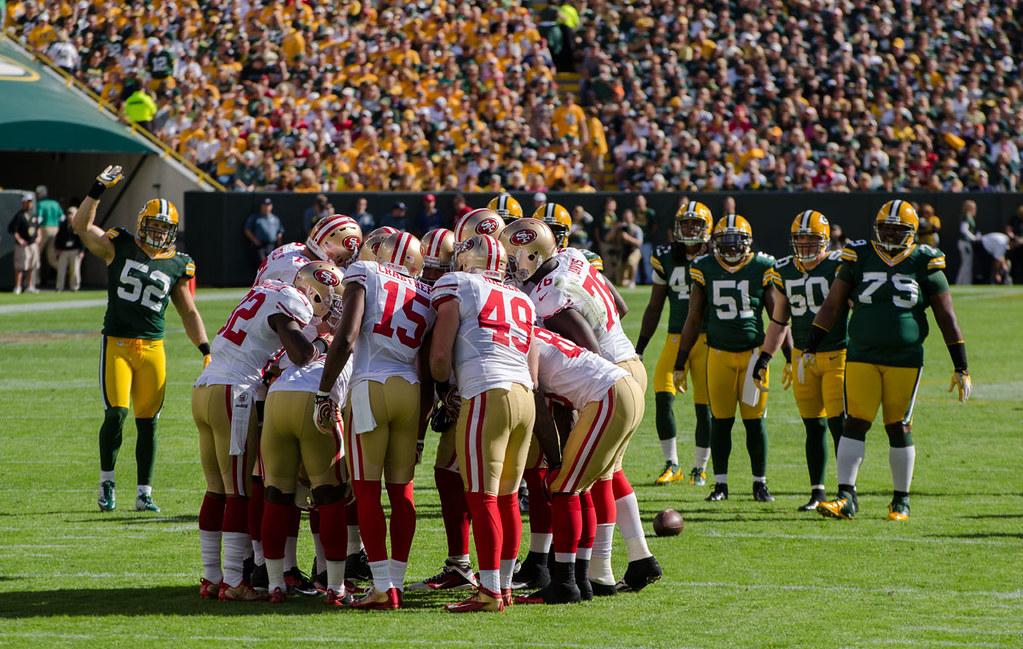 The 2020 season, the one immediately after the 49ers’ latest Super Bowl defeat, saw the team finish the regular season with a 6-10 losing record. Although disappointing to miss the playoffs, injuries ravaged the 49ers’ roster, and they ended the season with a league-high 18 players on injured reserve.

Last season was much more positive, with a 10-7 record and an exciting playoff run that saw the 49ers beat the Dallas Cowboys and the much fancied Green Bay Packers before slipping up 17-20 to eventual Super Bowl champions Los Angeles Rams in the NFC Championship; the 49ers beat the Rams 27-24 in Week 18, which made the playoff loss a bitter pill to take.

All eyes will be on Trey Lance when the 49ers begin their 2022 regular season campaign on the road at the Chicago Bears on September 11. Lance is the 49ers’ starting quarterback for the 2022 season. The 49ers have tried, but to no avail, to ship off Jimmy Garoppolo from the wage bill. A shoulder injury disrupted the 49ers’ plans to trade Garoppolo, and they now appear to be stuck with a player who knows he is not wanted and has a $24.2 million salary for 2022.

Lance was the third overall pick in 2021; only Trevor Lawrence (Jacksonville Jaguars) and Zach Wilson (New York Jets) were selected before the former North Dakota State star. The 22-year-old has bags of talent. Just look at his 2019 statistics to see what we mean. Lance started and played in all 16 games and threw 2,786 yards for 28 touchdowns and no interceptions. He also managed 1,100 rushing yards and 14 touchdowns of his own!

Lance’s rookie season saw him play six games for the 49ers, starting two. He enjoyed a 57.7% pass completion and threw for 603 yards, five touchdowns, and two interceptions. The Minnesota native has plenty of talent to aim for on the perimeter, including Deebo Samuel (who finally sorted out his contract) and tight end George Kittle. Big things are expected of Lance, but he should deliver because he has the talent and some excellent players around him.

The 49ers’ schedule sees them start at the Chicago Bears, who have one of the worst rosters in the league, in addition to playing under a new head coach for the first time. The 49ers should easily beat the Bears, in addition to the Atlanta Falcons, Carolina Panthers, and the two games where they take on the Seattle Seahawks.

There is a tricky spell between Weeks 3-10, where they battle against the NFL’s elite teams in Kansas City Chiefs, reigning Super Bowl champions the Los Angeles Rams, the Tampa Bay Buccaneers, and the Los Angeles Chargers. However, a run-in that sees games against Miami Dolphins, Washington Commanders, and Las Vegas Raiders will not fill Lance and his teammates with fear.

Expect a 10-7 or even an 11-6 record during the regular season, and then it is the lottery of the playoffs. Should they make it that far, do not write off the 49ers’ chances of Super Bowl glory in 2022.