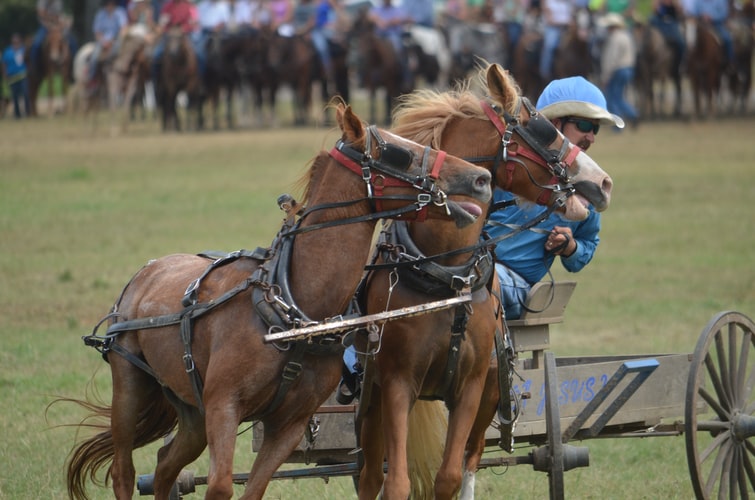 UNITED STATES—Each year, the sporting calendar is full of amazing horse racing events with something for everyone to enjoy and watching them on the TV with friends or family is great, but in order to get the full experience, you need to make sure you get your hands on tickets and attend them in person… you won’t be sorry. But if you love racing and aren’t too sure which events are the ones for you, here are some annual races that are irresistible to any racing enthusiast.

When it comes to horse racing, the Grand National is famous across the globe, with people tuning in and attending from all over the world, making up an average viewership each year of around 600 million people. The event is beloved not just for its display of racing excellence, but also for the rich history that it has, as it has been running each year since 1839.

The race has become even more popular in recent years as the track has been updated in order rot increase the difficulty of the races, it stretches 4 and a half miles, including 30 fences to clear over the two laps of thee races. The purse of the event has also been more recently updated and so as of 2019 it was up to £1 million, making it one of the richest in Europe.

Much like the Grand National, Royal Ascot is beloved for its races and the history that comes along with them, having been running since 1711. Each June, the five-day event gets underway and is a popular spot for not just racegoers but also for celebrities and members of the royal family. Ascot has long had a relationship with the royals ever since being opened by Queen Ann and to this day Queen Elizabeth likes to enter her own personal horses into the races and many other members enjoy attending.

Royal Ascot is beloved also for the pageantry they provide guests, unlike other races Ascot has a strict dress code and other rules that attendees must adhere to in order to keep the class of the event intact. Rules alongside their dressing guidelines include a limit on drinking to avoid unwanted behavior from guests.

With a purse second only to the Grand National, Cheltenham Festival stretches over five days in the month of March each year, giving racing fans a different sort of experience to other UK races. Unlike Ascot, Cheltenham is renowned for its rowdy crowds and even has been given a name – the Cheltenham Roar – referring to the tremendous amount of noise made by the crowds when the flag rises to make the first race, this makes the event popular with younger racing fans as a less tradition spin is put on the sport. The race is wildly popular and has an average daily attendance of over 60,000 people and on the Gold Cup day, those numbers rise to around 67,000 people.

Two People Were Shot To Death In Oakland

Vigil To Be Held For San Francisco Firefighter