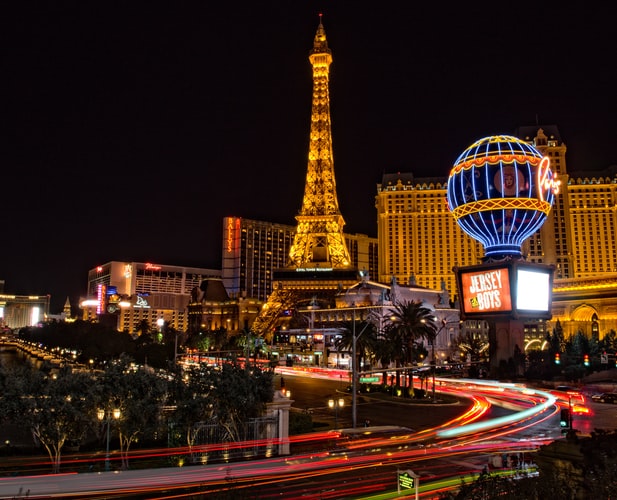 UNITED STATES—They are more than 900: the casinos in the United States. It’s the country with the most casinos in the world, and the world gambling capital, Las Vegas, attracts thousands of interested parties every day, ready to leave their shirt on. The casino, where luck is king, but where it doesn’t always crown you with success… Gamblers, here’s what you need to know about a world where chance has its luck.

The casino, what a game

Whether it’s a symbolic dollar or your entire fortune, you leave them to the same fate: that of chance. Cards, dice, coins, but also roulette wheels or slot machines, your good or bad fortune in many games does not depend on you.

These gambling games are regulated in the United States and are subject to strict controls, which vary from state to state. The first games of chance are said to have arrived in the United States at the same time as English settlers, and lotteries, or raffles, were even used from time to time to inflate the state coffers a little.

Over the years, cities stood out, such as New Orleans at the beginning of the 19th century, then San Francisco at its end, before seeing the emergence of Las Vegas, a gambling paradise and an uncontrolled casino center.

The casino, where can you play?

In theory, “gambling” is legal under federal law, but with some arrangements or restrictions depending on the states. In all, 38 states have allowed some form of gambling in their territory.

In a casino, a real

Only 2 states have legalized casinos throughout their territory, Nevada – obviously – but also Louisiana. Other states have legalized them on a given parcel of land only, such as Atlantic City or Tunica in Mississippi. Some states also allowed online casinos so players can play poker or blackjack whenever and wherever they want. And recently, with the worldwide pandemic, online casinos deal with an increasing demand!

In a casino on an Indian reservation

Still in some states, the Federal State has left Indian reserves and states to settle their affairs among themselves, and casinos have been set up there entirely managed by them. It is estimated that there are over 400 gambling establishments operated by over 200 Indian Reserves, and the revenue generated is greater than Atlantic City and Vegas combined.

You can then find casinos in Connecticut, including the Mashantucket Pequot Tribe’s Foxwoods Resort and Casinos, one of the largest in the world, with more than 6,200 slot machines, in Pennsylvania, Florida, North Carolina, Kansas, Arizona, California, a state renowned for its slots, in Oklahoma…
Gaming revenues from gambling on an Indian reserve are generally then intended for use by the Tribal Government or for charitable organizations.

What do we play at the casino?

For your information, casinos are designed so that you don’t want to go out, and you push the game; no windows, so you don’t know what time of day or night it can be, no clocks or time indications anywhere, a pleasant background sound, a pleasant room temperature…
Then you can sit back and try craps – yes, that game of dice that nobody understands – roulette, bring your brainpower to bear with blackjack or poker, or sit down at one of the hundreds of slot machines that are always present in casinos.

Casinos in a few figures