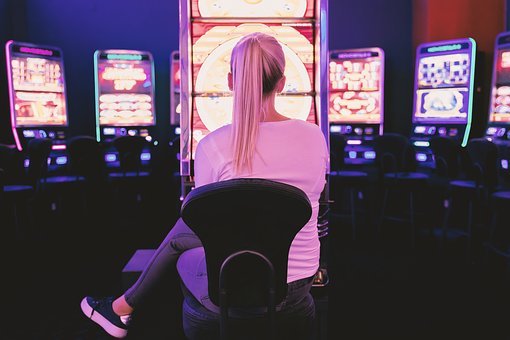 UNITED STATES—Gambling in the USA is an ever-changing landscape. The laws and rulings change from state to state.

Initially, the PASPA was a federal ban on sports betting across the USA (excluding Nevada). However, in 2018, that was repealed.

The new ruling stated that each state would govern itself when it comes to gambling rules. The law’s change was prompted by New Jersey winning an eight-year-long battle with the argument that it was illegal only to allow one state to offer to bet.

There are now 13 states that have legalized sports betting:

Seven other states are in the midst of legalizing legal sportsbooks, including Tennessee, Montana, and Michigan.

Although 48 states all allow for gambling in some form.

With the proximity to Nevada, California could benefit from the increased revenue that is likely being spent on betting in the adjacent states.

The states that have gambling in all forms are benefiting from a huge economic bump.

Key figures for the economic value of gambling both land-based and online:

Tax earning on legalized gambling can provide a substantial boost to the economy. As a further bonus, states are more likely to see an increase to the tourist income in areas where there are casinos – and legal online betting.

Using Las Vegas (Nevada) as an example, KTNV reported that tourism generates $58 billion in Las Vegas and Southern Nevada. This equates to 370,000+ jobs and covers around 40% of the employment in Clarks County.

Outside of spending time in casinos, people spend their money in several different ways. Dining out, live shows, coffee shops, and retail stores benefit from patrons either spending their winnings or general cash.

It isn’t just money that improves when sports betting, online gambling, and land-based gambling is legalized.

Once there are laws and rulings in place, the patrons are protected to a higher level. Which gambling is illegal, that doesn’t mean it doesn’t happen.

Illegal gambling is pushed underground and can be a hotbed for crime and other illegal activities.

Both online gambling and land-based gambling can be regulated by official bodies, similar to the UK’s Gambling Act.

The UK has a simplified gambling law, encompassing both online and in-person gambling. The ruling, which was Amended in 2014, has to lead to an increase in gross revenue.

California is already in a prime financial position. If it were a sovereign nation, it would be the 5th largest global economy. It contributes 14.6% to the GDP in the USA.

The income created from legalized gambling would easily increase this %, using Nevada as an example, whose gambling taxes make up 18% of their state general revenue (the Nevada Independent).

California could see a huge bump in its annual gross.

An area is known for its innovation, technological advancements and is a hub for the world’s smartest minds – Silicon Valley.

It makes sense that with a market growing as exponentially as gaming (specifically online gambling), the finest minds would create innovative technology.

Artificial intelligence is something we will see more of in our online gambling, with functions ranging from cybersecurity to the development of software.

When there is a high volume of cash being transferred into online gaming accounts, winnings processed, and transferred back into bank accounts; security needs to be incredible.

An online casino must guarantee that money is safe. AI allows for the introduction of voice recognition, gameplay recognition, facial recognition, and other verifications to enhance security.

Personalization of the gaming experience is another benefit of AI. Using technology to understand how people play, which games they are most drawn to, and the amount they spend.

It allows gaming developers to create games that their customers will enjoy. Not only that, but with this detailed information, the gaming company can market the right games to the right people.

Customer services within the gaming industry needs to be fast and efficient. People who choose to use online gambling platforms usually do so because they are quick.

They don’t have hours to spend waiting for a response to queries or issues. AI provides a rapid solution to customer services. Live chatbots that can provide a detailed set of relevant information or refer the customer to an agent if required.

Cheating isn’t negated just because people are playing online. AI can carefully highlight users that appear to be using unfair methods to improve their chances of winning. This allows for authentic players to enjoy safe gameplay.

The AI will block these accounts found misusing the sites.

Artificial intelligence also allows for the monitoring of online gambling. To ensure that it adheres to the legal guidelines for that state or country.

The Future of Gambling in California

With Silicon Valley improving how people worldwide gamble, it makes sense that its own state could and should benefit from that technology – and the potential revenue bump.

The California Secretary of State has been confirmed as saying that sports betting will be on the 2022 ballot and go to voters.

Tribal gaming leaders have been very positive and said are enough signatures to get the referendum on the ballot. This would allow Native American casinos to open retail sportsbooks.

With increased revenue, safer gambling for residents, and economic boosts – legalizing gambling could benefit California greatly in years to come.

Vision Problems? Your Bladder Medication Could Be To Blame

Gambling In San Francisco: The Basic Things You Should Know