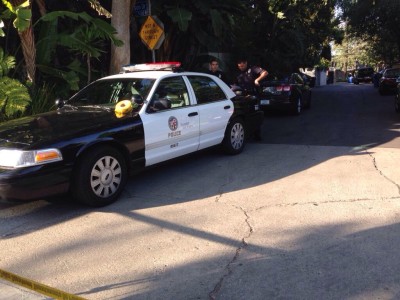 HOLLYWOOD HILLS—The death of Andrew Getty is a mystery, that the Getty family is struggling to piece together, as the news broke on Tuesday, March 31 of the 47-year-old’s death.

Getty, heir to a billion-dollar oil empire, was the grandson of Los Angeles legend J. Paul Getty, a man many believed to be the world’s richest at the time of his passing in 1976.

Andrew was found dead Tuesday afternoon in his Hollywood Hills mansion, where he suffered from an undisclosed medical condition, one he was diagnosed with in 2013 that he characterized as placing him at “grave risk of substantial and irreparable injury or death.”

TMZ reported that Getty was found by his ex-girlfriend who stopped by the home as she was concerned about his wellbeing as he was experiencing pain and had painful bowel movements.

This revelation came following the submission of court documents by Getty himself, testimonies given in an effort to gain a restraining order against a former lover. He was set to make a court appearance next week in a hearing concerning the restraining order.

In the documents, Getty submits “that heated arguments can cause my blood pressure to rise dangerously,” a condition that made him susceptible to “serious risk.”

He was discovered on his side in his bathroom in a pool of his own blood. Law enforcement performed a thorough investigation of the scene before making the determination that the blood was not present due to violent crime, but rather, as the result of a medical emergency.

Detectives have filed a formal directive to the coroner’s office to withhold further details concerning the circumstances of Getty’s death.

This may be the result of a statement made by the Getty’s mother and father, Ann and Gordon Getty requesting “members of the media and the public respect (the family’s) privacy during this extremely difficult time.”

This is a developing story that will updated as more information comes to light.