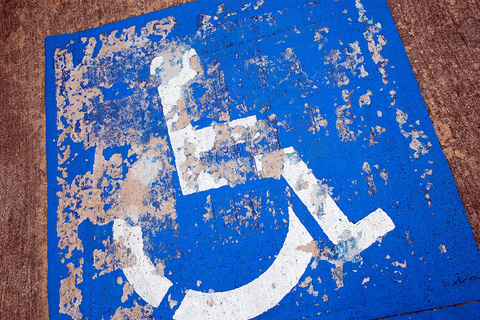 UNITED STATES—It would seem to be a no-brainer: should the United States recommend the same regulations regarding people with disabilities, which have been law in the US since 1990, to the rest of the world?  Surely, if these regulations are fair and beneficial here at home, we should encourage other nations to follow our fine example and adopt similar rules.  But, no, many Republican Senators, like Rick Santorum disagree.

First, it is important to understand that the Treaty stood as a series of recommendations to the member countries of the UN. There is no way for the UN to pass binding legislation globally and certainly no way to enforce such laws if it tried to. This is legislation that has already been ratified by 126 other nations. What are the objections cited by critics of ratification?  Rick Santorum complains that the definition of “Disabled” is not clearly defined. I fail to see the problem here. Lots of different countries can choose to recognize different definitions of disabled, based upon their local customs and history. We have a very well defined legal definition of disabled and this will not change that definition in any way.  Again, these are guidelines, suggestions. He complains that “we should be telling the U.N., not the other way around, how to ensure dignity and respect for the disabled.”  What?  This statement betrays an almost complete lack of understand of the history of the United Nations and our relationship with it.

The United States is a member of the United Nations. We are a member of the UN Security Council, so we have a legal right to veto any binding resolution passed by the full council – a right we have used hundreds of times in the past 50 years, when a majority of the world’s nations votes to pass resolutions censuring or enacting sanctions against the United States for actions we have taken in other nations. There is nothing the United Nations can do that would have any kind of legally binding result on our citizens. At most, if every nation on Earth voted to call the United States in the wrong on an issue, it would be embarrassing.  This has, in fact, happened.

The arguments brought by Santorum and his colleagues are just hysterical fantasies about some kind of pretended loss of sovereignty that did not and could not happen. What this action by the United States does do is to add fuel to the arguments of the detractors of the United States on the world stage. They cite this action as proof that the United States is an elitist nation whose government does not care about fairness or justice. In fact, if this treaty were to be ratified by every nation on Earth including the United States, and if every nation on Earth chose to implement its recommendations in their own laws, the end result to the United States would be to increase the cost of manufacture of some goods in some countries. Right now, in many countries, if you operate an unsafe sweatshop factory that routinely injures workers making goods on the cheap, injured workers are just discarded and new workers hired. If enacted into law in these countries (and if enforced), employers would be required to shoulder some of the cost of these injured workers, which would raise prices. So, we see the real objection these politicians have to this kind of regulation:  it represents for them a move to regulate private enterprise.  In their view, private enterprise should not be regulated at all.

Your employer should be able to anything to you that makes sense to the bottom line, without any oversight, without any rules at all. No worker safety, no curbs on child labor, no requirement that business must be responsible in any way for its actions. This is exactly the mentality that causes Walmart to shrug off responsibility for their employees welfare and make the states where their employees live shoulder the costs of providing essential services to these workers.  It is an application of naked greed. For us to fail to ratify a treaty that was based on our own laws is a very public embarrassment to those of us with any kind of conscience. What we are saying is that our own people are deserving of protections and rights that are too expensive to be right for other human beings. Our corporate profits from what would be illegal activities, if conducted in the United States, are worth more than foreigners’ lives. I don’t care what kind of screwball fears you have about enslaving us under the rule of the UN, if we ratify rules we already follow, we’re making them more like us, not the other way around and in this case, with respect to treating disabled people with respect, this is a good idea, period.