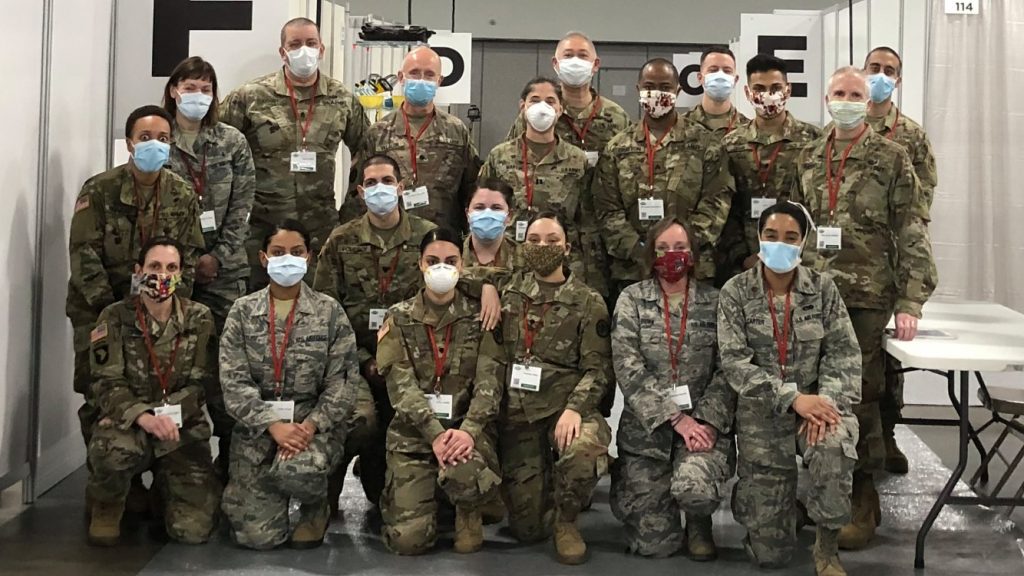 On Friday, April 10, soldiers currently on active duty from the 2-107th group were working in support of Freestore Foodbank during the quarantines in the Greater Cincinnati community in the state of Ohio. Soldiers delivered food and Easter baskets to families in need.

The Military Times reported that all 50 U.S. governors declared a National State of Emergency in their  respective states. The National Guard deployed 29,000 Air and Army professionals to aide communities nationwide.

Of the 29,000 troops, 513 are reportedly deployed under title 32 status, ordered by President Trump as Commander-in-Chief, where the government picks up the tab for the soldier’s additional assistance. In addition, soldiers working on the front-line during the coronavirus pandemic receive health care and housing allowances equivalent to when the National Guard and reserve units are on active duty.

The @146AirliftWing is flying across the country, delivering ventilators to states requesting this lifesaving equipment. Watch the @MDNG and @DelawareNG receive their shipments from the @CalGuard and process the ventilators for distribution to local hospitals. #COVID19response pic.twitter.com/35TkXAvuCD

The 146 Airlift Wing of the California National Guard (Cal Guard) are flying across the country to deliver ventilators and life-saving equipment requested by various states.

The New York National Guard has approximately 3,500 deployed, 450 of those soldiers and airmen are working in COVID-19 testing sites where a reported 6,000 people are tested daily.

According to reports, 1,000 soldiers from the state of Georgia have cleaned 120 facilities, with 200 others working inside 19 hospitals.