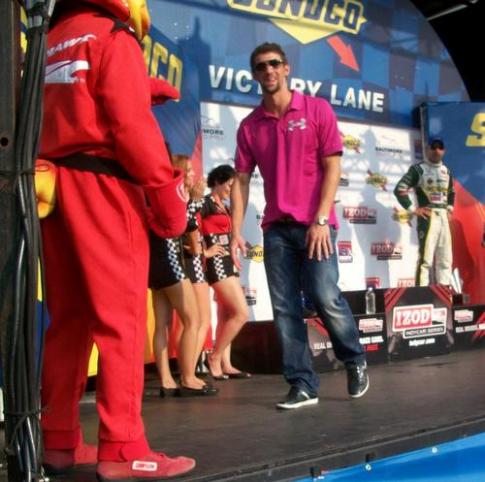 BALTIMORE, MD—Olympic swimmer Michael Phelps has been arrested by authorities for driving under the influence on Tuesday, September 30. He was pulled over by authorities at around 1:40 a.m. where he failed several sobriety field tests.

The 29 year-old was arrested for a DUI back in 2004, where he pleaded guilty and served an 18-month probation and $250 fine and spoke to high school students about the dangers of drinking and driving behind the wheel.

“Mr. Phelps was identified as the driver by his driver’s license and appeared to be under the influence,” the Maryland Transportation Authority said in a statement. “He was unable to perform satisfactorily a series of standard field sobriety tests.”

The Olympian went to his Twitter account the same day where he released the following statement: “Earlier this morning, I was arrested and charged with DUI, excessive speeding and crossing double lane lines. I understand the severity of my actions and take full responsibility. I know these words may not mean much right now but I am deeply sorry to everyone I have let down.”

Phelps has won a total of 22 Olympic medals during his career. He has 18 gold medals total and broke a record in 2008, when he captured eight gold medals, the most ever first-place finishes in any Olympic Games. He came under scrutiny in 2009 when he a photo surfaced of the swimmer using a water pipe that is commonly used for smoking tobacco and marijuana. That incident resulted in the Olympian receiving a three-month suspension from USA swimming.

“Sex And The City” Star Lynn Cohen Dead At 86

Public Memorial For Kobe And Gianna Bryant At Staples Center