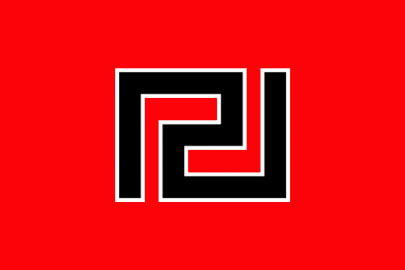 GREECE—Political Unrest and Economic turmoil in Greece is ripe for the cultivation of a new Fascism and Xenophobia; The Ultra –Right Wing political party known as the Golden Dawn.

Germany’s post Great War Republic – The Weimar Republic — faced many economic issues brought on by reparations from the treaty of Versailles and the global repercussion of the Great Depression.  It was an era where German Soil was fertile for the roots of fascism to take hold, ultimately ending with the establishment of Hitler’s Third Reich.

With a growing debt of over €455 billion and over 25% unemployment rate, Greece finds itself in similar political and economic unrest leaving many no where to turn.

In the wake of these financial woes a new Ultra-Right political power is gaining Popularity; The Golden Dawn. The party has promised to remove all illegal immigrants and jail all corrupt politicians, as well as completely erasing the household debt for low-income Greek citizens and the unemployed.  It’s a tactic that has won the party increasing popularity in the face of Greece’s ever dwindling economy.

But the Golden Dawn’s promises are not just political rhetoric.  It’s backed up by violent action with extreme shows of force, and their main target is poor migrants; most of whom are Pakistanis, Afghans, and Africans.  Golden Dawn party supporters’ notorious marches aimed at attacking and destroying migrant vender stalls and shops, sometimes in the company of elected parliamentary officials.

Party members of Golden Dawn claim they are nothing more than Nationalists; yet their documented behavior in the media and in the streets, paint a portrait of excessive violence and xenophobia.  Even their symbolism is a terrifying echo of Nazi Germany; although officially they claim to completely reject that label.

As of June, 2012, the Golden Dawn holds 18 of the 300 seats in the Greek parliament.   Opinion surveys held throughout Greece say the Golden Dawn could win as many as 36 seats if elections were held today.

“Everyday we are growing,” says Ilias Panagiotaros, one of the parties elected law makers and official spokesperson for the Golden Dawn, “very soon we’re going to be ruling this country, and laws are going to be enforced.”

“Greek society is ready to have a fight, a new type of civil war,” said Panagiotaros in an interview with the BBC.

“On the one side there will be nationalists like us, and Greeks who want our country to be as it used to be, and on the other side illegal immigrants, anarchists and all those who have destroyed Athens several times.”

The Golden Dawn does not just limit its focus to issues within Greece’s borders.  One of the many vocal stances of the party is taking back territory lost in the past.

The Golden Dawn – also known as the People Association—is headed by party leader Nikos Mihaloliakos.  Who during an election meeting in Thessalonki stated, “We will take Istanbul, Izmir as well as the black sea back.”  The Golden Dawn does not just limit its focus to issues within Greece’s borders.  One of the many vocal stances of the party is taking back territory lost in the past.

According to reports by Al Jazeera and Independent Greek Media outlets, the Greek police and Golden dawn often work together.  People arrested during Anti-Golden Dawn protests are beaten in police custody, “They told us if the political situation was different, they would have killed us, they would take our pictures and film us that they would send these pictures to the golden dawn, and then we would get what we deserved.”

Demetris Kyriazidis, former head of the Police union now a Military police officer says, more than 25%-30% of police forces support the Golden Dawn, “Its not just the police, it’s the army, the coast guard, the firefighters.  I see them turning to the right and Golden dawn.”

Inpatient Or Outpatient? Information To Know When Having A Hospital Stay!