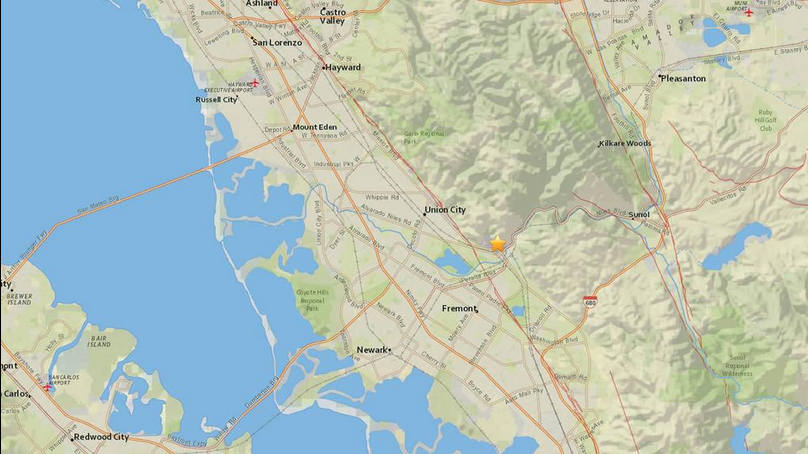 The U.S. Geological Survey dampened recent viral reports that say scientists believe an earthquake much stronger than Tuesday’s 4.1 magnitude could strike soon. Some evidence, according to reports suggests that the Hayward Fault, 74 miles long and stretching from Oakland to Fremont, could produce another massive earthquake sometime soon.

Tom Brocher, Geophysicist with the U.S. Geological Survey, told CNN that the most recent scientific study bears evidence that there is a 70 percent chance of an earthquake occurring over the next 30 years within the whole San Francisco Bay Area.

Scientists try look at how far apart earthquakes have occurred to try to establish a pattern in order to determine approximately when the next quake or set of quakes may take place. Although cities in earthquake-prone areas have safety measures and regulations, as well as a special focus on strong infrastructure, the higher the earthquake’s magnitude, the more dangerous it can be for urban areas. Earthquakes are hard to predict, because they mostly occur in unpredictable patterns.

Nearly 147 years ago, one of the worst earthquakes in history occurred along the Hayward Fault. The 1868 Hayward earthquake was known as the “Great San Francisco Earthquake,” until the 1906 earthquake and fire. Scientists have been studying the 1868 quake, as well as 11 quakes recorded before that, to determine that powerful quakes occurred roughly 140 years apart from one another.

The USGC clarified comments made by Brocher, stating that while the Hayward Fault is indeed capable of producing a massive earthquake, there is no hard evidence to suggest that it will happen anytime soon.