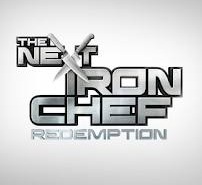 HOLLYWOOD—As someone learning his way around the kitchen and not afraid to try out new dishes, watching Food Network is a staple when I have extra time.  A series not to be missed is “Next Iron Chef: Redemption” which pits culinary titans against one another fighting for the esteemed title.  Last Sunday’s episode was one of the best and shocking in the series up to this point, as a culinary titan was sent packing.

Now before I reveal the name of the chef no longer in the competition, let’s review those still in the competition.  We have Chef Mehta, Chef Appleman, Chef Vigneron, Chef Freitag, Chef Falkner and Chef Guarnaschelli.  All chefs capable and deserving of the title, but many would argue that Chef Vigneron should have been sent packing last week alongside his buddy Chef Mendelsohn.  The friends were in an alliance and chose to place their dishes on the same plate compared to separate ones.  One would argue that because they broke the rules no second chances should have been given, but expect the unexpected.  When it was revealed that Chef Elizabeth Falkner was eliminated I couldn’t believe it.

That’s right the runner-up from last season is no longer a contender.  The judges were shocked by the elimination, as well as the other chefs.  Falkner was at a loss for words as she hurried her way from the kitchen.  That woman was a genius in the kitchen and would have made an excellent chef alongside the other titans (Bobby Flay, Michael Symon and Geoffrey Zakarian).

Sunday’s challenge was a game of risk, where the chefs were asked to take ingredients and displaying their creativity by taking surmountable risks with the ingredients they chose.  Those ingredients included bison ribs, cow heads, paiche, wheel of parmesan, ostrich eggs and mortadella. Chef Appleman was only given 20 minutes to cook a large hunk of meat. It was nerve-wrecking watching the chefs run around the kitchen preparing a single dish within constrained time limits.

The twist in the episode was that Chef Falkner had an advantage from her previous win.  She would become a fourth judge in the competition and select one competitor to be in the bottom.  Even if the judges chose that contestant as a winner, Falkner’s vote would still place them in the bottom.  It was a risk because like last season Chef Burrell was sent packing after placing Chef Zakarian in the bottom.  It is an advantage that I would have selected to pass on.  Both Chef Falkner and Chef Appleman were the bottom two and forced to compete in the secret ingredient showdown chosen byAmerica.  That ingredient was anchovies.

Something that is dreaded by many Americans, but both Chef Falkner and Chef Appleman brought their best to the table, but ultimately Falkner’s overuse of saffron was the dagger in the chest.  I have never seen the judges speechless as long as I have been watching the series.  Chef Falkner’s reaction was heartbreaking; she was so close last time and to be sent packing before making the finals is unbelievable.

One mistake in a dish is a deal breaker. The chefs are now heading to Las Vegas where fusion will be the next challenge.  Taking two ingredients that should not be paired together and being forced to fuse them into a well-rounded dish. “The Next Iron Chef: Redemption” airs Sundays at 9 p.m. on Food Network.