CALIFORNIA—A federal grand jury in Sacramento on Thursday, August 6 charged Juan Tang, a 37-year-old former cancer researcher, with visa fraud and lying to the FBI about her identity as a member of the Chinese military. 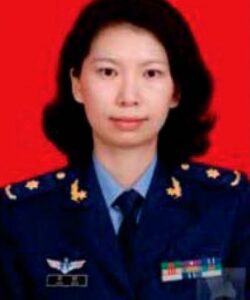 Tang received a J-1 visa to enter the United States on December 27, 2019, by claiming her purpose of working at the University of California, Davis as a cancer researcher. She was hired as a visiting researcher in the Department of Radiation Oncology.

FBI agents questioned Tang at her Davis apartment on June 20 and executed a search warrant, seizing her passport and visa. The FBI identified evidence including photos of Tang in the military uniform and documents from China that identified her military affiliation. Tang later went to the consulate to seek help and stay there.

Alexandra Negin, an assistant federal public defender, argued that the photo of Tang in the military uniform was taken when she was a student at a medical school run by the military, so it can’t prove that Tang is still in the military.

Tang, who has asthma, was “in hysterics” when the federal agent on July 23 went to the Chinese consulate to arrest her. Tang was sent to the medical office and later arrested.  Negin said that Tang is not a danger to the community and could have remained in the consulate to avoid arrest.

Tang is married and has an 8-year-old daughter who is in China with her husband. She had never traveled outside China before coming to the United States. The Justice Department announced that Tang and three other Chinese scientists all lied about their ties to China’s People’s Liberation Army and were charged with visa fraud.