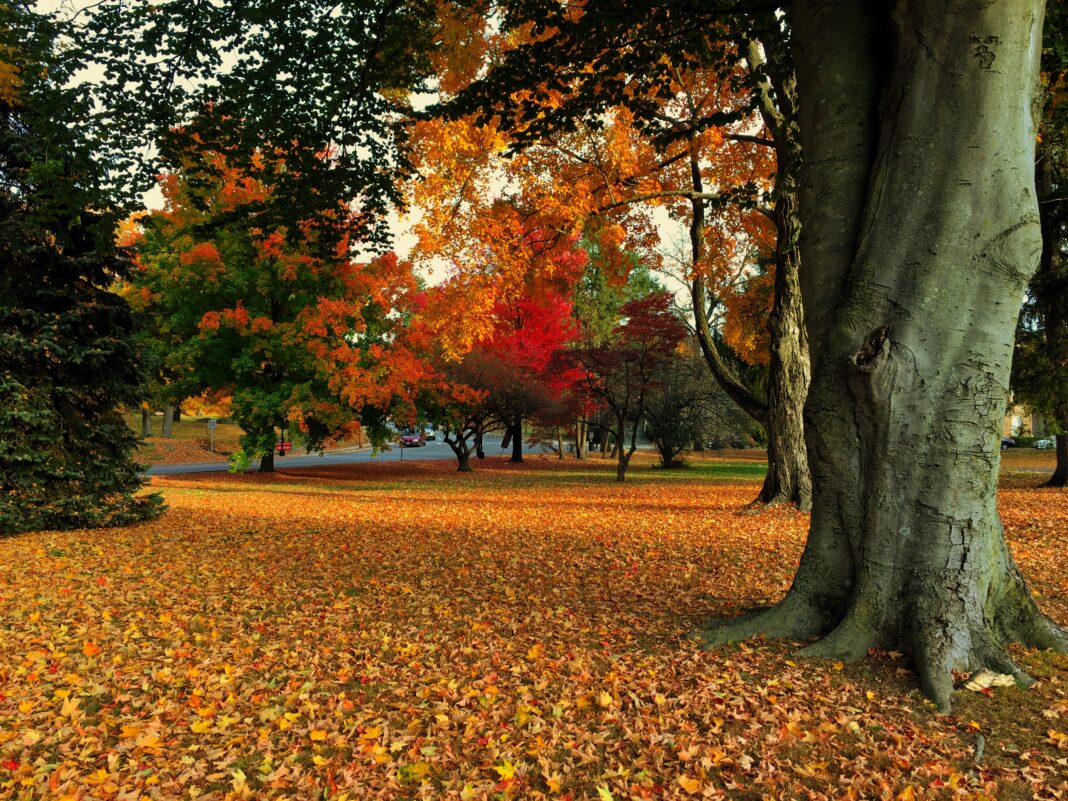 UNITED STATES—From towering alpine peaks to a rugged Pacific coastline, Central California has one of the nation’s most varied geographies for cyclists to explore. While the Golden State has many beautiful sights year-round, autumn is a lovely time to enjoy a ride on one of Cali’s bike trails. Not only is fall foliage at its peak, it’s far easier to pedal for longer distances in the relatively cool climate. Here are a few cycling route suggestions for a sublime autumnal ride.

Near the imposing Mammoth Mountain, Mammoth Rock Trail is a rewarding mountain bike trail that offers riders plenty of picturesque views. Often rated moderately difficult, this 2.5-mile trek is mainly on a sandy path and travels between a trailhead at Sherwin Creek Road and Old Mammoth Road.

Along the way, you’ll get to see the namesake Mammoth Rock, which is a massive limestone formation created millions of years ago. History buffs will also enjoy the fact that they’re biking on trails once used by gold rush miners. As a word of warning, Mammoth Lakes reminds bicyclists to be wary of hikers and equestrian riders who may share this trail. A distracted hiker on a narrow trail can cause serious injuries to cyclists.

It may seem crazy to cycle through somewhere called Death Valley, but it’s not as insane if you go during the cooler months. While you still need to apply sunscreen and drink plenty of water, cycling through Death Valley in the fall is way more enjoyable than at the height of summer. According to the National Park Service, you can ride your bike in Death Valley on roads open to car traffic or designated explicitly for bikers.

If you are planning on cycling through some of Death Valley’s trails, professional cyclists strongly advise heading out when the sun is at its lowest. Of course, always let others know where you’re going, and pack plenty of water…because you’re going to need it.

Bicyclists in Bakersfield should schedule a few days this fall to enjoy the local Kern River Parkway Trail. Measuring over 20 miles from end-to-end, this paved bike trail is a perfect choice for cyclists of all skill levels who enjoy a mix of natural scenery and the conveniences of city life. Indeed, on the hillier eastern side of the Kern River Parkway Trail, you will run through plenty of parks like Truxtun and Yokuts where you could take a breather with family and friends. Plus, thanks to its location near the University of CA’s Bakersfield campus, it’s easy for students to get rid of “studying stress” on this trail.

The El Dorado Trail won’t lead you to the mythic city of gold, but it certainly has countless “priceless” views of natural scenery. While this trail is still a work in progress, riders could now enjoy roughly 12 miles of Class 1 paved pathways extending from Motor City to central El Dorado. If you feel comfortable on dirt trails, you could continue as far south as Malby Crossing on this trail. Be sure to consult the Friends of El Dorado Trail’s official website to learn more about this trail’s progress and find the best section for your skill level.

For those who most want to travel along California’s coast, consider traveling on Devil’s Slide Trail this fall. Please don’t let the demonic name scare you off; this 1.3-mile trail in Pacifica offers “heavenly” views of crashing waves and jagged rock formations. In addition to stunning natural sites, Devil’s Slide Trail is a well-known haunt for those interested in bird or whale watching. In fact, the best time to spot humpback whales from Devil’s Slide is between April and October. So, be sure to pack a pair of binoculars if you plan to try out this coastal gem.

How Can I Stop My Medicare Part B?