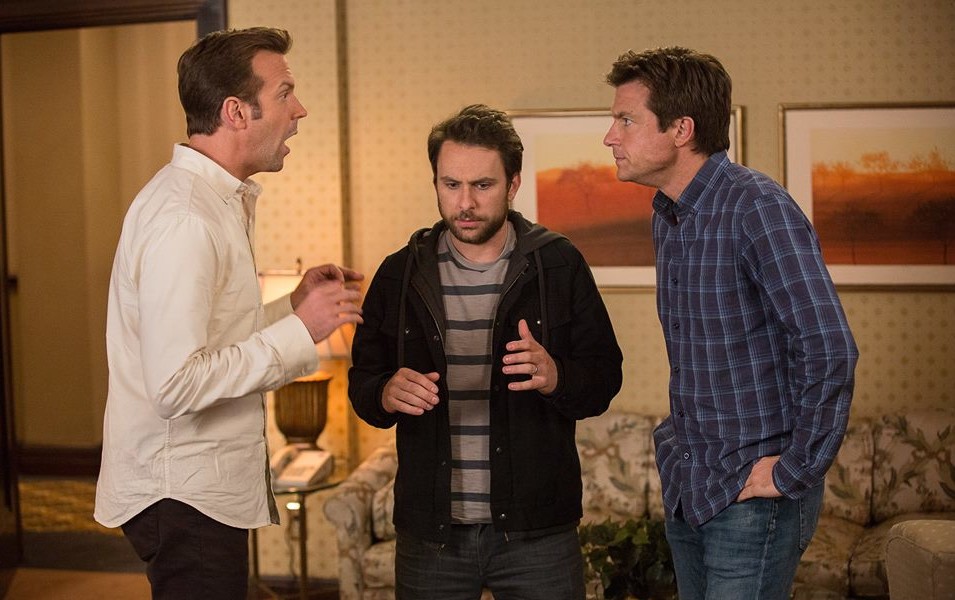 HOLLYWOOD—When “Horrible Bosses” arrived in the multiplex in 2011 it was a surprise hit that had audiences talking for weeks. So what made that movie such a guilty pleasure? It was unexpected, it was raunchy, it pushed the envelope, and above all it was funny.

So does its sequel “Horrible Bosses 2” capture all the greatness that its predecessor did? Not quite. The first flick really highlighted the idea of what a bad boss encompasses and displayed that authority and abuse in a way that was not only outrageous and funny, but identifiable to moviegoers.

Its sequel is more of a heist movie where things go horribly wrong. Jason Sudeikis, Jason Bateman and Charlie Day return as Kurt, Nick and Dale, the trio with a master plan to make themselves wealthy with their invention, the ‘Shower Buddy.’ There is just one slight problem: the gang doesn’t have the revenue to get the start-up going.

They soon find themselves working alongside father and son duo, Burt (Christoph Waltz) and Rex Hanson (Chris Pine), who have ulterior motives to use the guys’ invention for their own taking.  Frustrated with the outcome they choose to kidnap Rex and utilize him as ransom to collect the money they need to escape hefty debt they just occurred.

As the narrative propels, the audience is introduced to a sleuth of faces including past ones in Dr. Julia Harris (Jennifer Aniston), David Harken (Kevin Spacey) and Dean **** Jones (Jamie Foxx), let’s just say Dean’s nickname is one that can’t be said without being bleeped.

The rest of the movie plays out as a who’s smarter than who, with a few laughs here and there, but it’s not something completely original. The audience has seen such antics occur in previous flicks.

While the writers and the director attempted to take things to the next level, it just comes across as cringe-worthy at times. “Horrible Bosses 2” has a few laughs, but nothing that you’ll want to talk about after leaving the theater.

Wedding Disasters, Truth Bombs On “Days Of Our Lives!”

A “Virtual Concert Series” Will Be Held By Golden Gate Park...