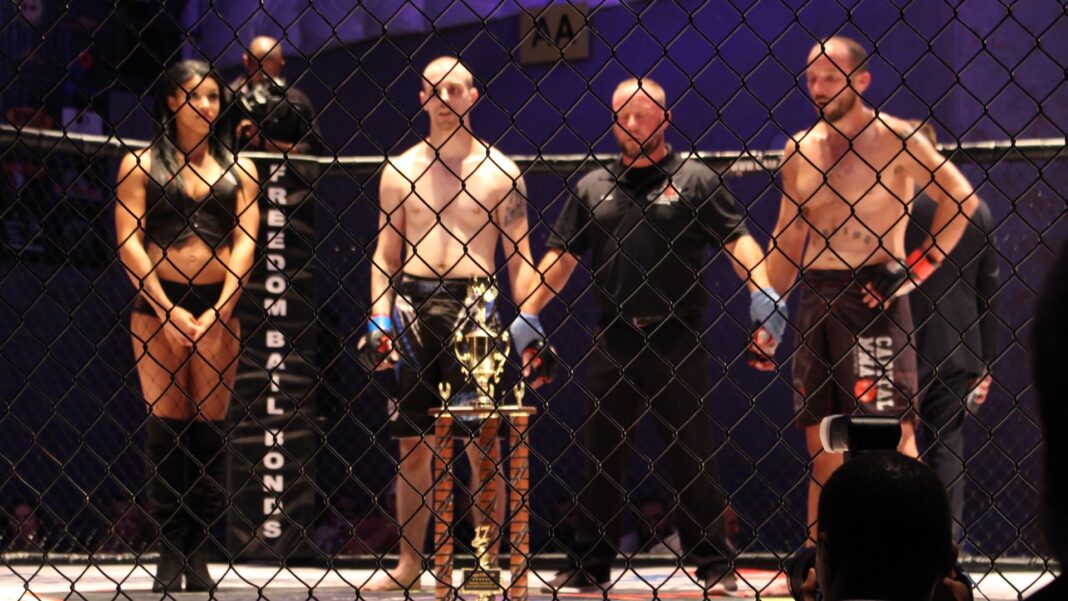 UNITED STATES—MMA has had a rapid increase in popularity in recent years. There are a few different reasons for this. First of all, the production value of the sport has increased massively. The money invested into the sport now is huge. It now has the production quality on par with other major sports. Another reason is the decline of boxing. Due to problems with boxing in recent years, many fans were craving some combat action. With that, in steps MMA. MMA stands for mixed martial arts. This means that it is a combination of a selection of different combat sports. Some of them include boxing, muay Thai, and jiu-jitsu, among others.

It truly has become one of the most popular and exciting sports on the planet. But with it being relatively new, how do you get into the sport? If you have an interest in mixed martial arts but do not know where to start, here are some tips. There are plenty of new fans still coming to the sport, so you shouldn’t feel alone. There’s even a lack of top-quality MMA journalists because of the sport’s freshness. If you are considering becoming a sports journalist, it could be the right niche to try to get into. You can get a qualification suitable for this at SBU Online.

MMA fighters all compete under different organizations. They include the likes of Bellator, ONE, and Invicta. However, by far the most popular organization is the UFC. The Ultimate Fighting Championship is the most wealthy organization with the best roster of talent. This means that it has the best fights and events in terms of quality and production. So, for new fans, you should focus your attention on the UFC in the beginning. When you get more into the sport, you can then expand your interest to other organizations.

The president and face of the UFC is Dana White. He is responsible for the massive developments in the UFC and MMA. You may think that a president of a sports company may not be that relevant to the sport, but this is an exception. You won’t be able to follow MMA without seeing White regularly. He releases news, important statements, and makes fights. White is one of the biggest faces in the combat sports world now following the success of the UFC.

The superstars of the sport are those who bring fans in. But who are they? Of course, there is a good chance you have heard of Conor McGregor. The Irishman revolutionized the sport due to his humor and performances. However, there are plenty of other superstars within the sport today. These are active fighters who bring in the most pay-per-view buys.

Israel Adesanya – Current middleweight champion. The New Zealand native is a fan favorite for his unique fighting ability and style and witty personality.

Nate Diaz – One of the toughest people in the sport. Diaz has produced some of the best fights in UFC history. He is unpredictable and has a loyal fanbase.

Jon Jones – Former light heavyweight champion. Considered by many to be the greatest MMA fighter of all time, Jones has an elite skill level that is always worth tuning in for.

Francis Ngannou – Current heavyweight champion. The baddest man on the planet is known for his ridiculous knockout power and fast finishes inside the octagon.

If you are going to be an MMA fan, then you are going to hear the term “styles make fights” a lot. So, what does this mean? Essentially, every fighter has a completely unique style and approach to fighting. This means that just because you beat the top fighter, doesn’t mean someone of a different style can’t defeat you. This is due to all of the different backgrounds that people go through to become an MMA fighter. For example, some might fight with more of a kickboxing approach. However, their skills could be limited when facing a wrestler. If they are able to take the kickboxer to the ground, they are unable to showcase their skills and the fight will be in the wrestler’s favor. This is why every fight is unique and unpredictable.

There are fights more or less every single week in the UFC. However, they do not all carry the same amount of significance. They are divided into two different categories: Pay-per-views and fight nights. Pay-per-views are cards that require a payment to view. They usually contain one, or more, title fights. The rest of the card is also filled with higher profile fighters. They occur monthly and are numbered events. For example, “UFC 229”. Fight nights occur on the weeks that do not feature PPV events. They usually consist of lower-quality fighters. The cards are usually headlined by two top contenders in a particular division. Fight night cards are free for viewers to watch, based on subscriptions.

The rankings are extremely important in MMA, particularly the UFC. They outline who is the best in different weight classes. The rankings go from #15 to #1. Depending on your ranking, you will fight people at a similar number to you. These rankings define who is closest to fighting for the division’s title. Beating someone above you in the rankings will get you closer to a title fight. A panel of analysts will decide how performances affect a fighter’s standing in the rankings. The champion of the division usually fights one of the top three people in the division. This isn’t set in concrete, however. Title shots are usually given to fighters coming off impressive performances or winning streaks. Fight night cards will usually consist of two fighters in the top 10 of a particular division. Their five-round main event fight often decides who is in line for the next title challenge. Being unranked means you have no chance of fighting for the title. You most likely have to beat someone in the bottom end of the rankings before you can enter the list.