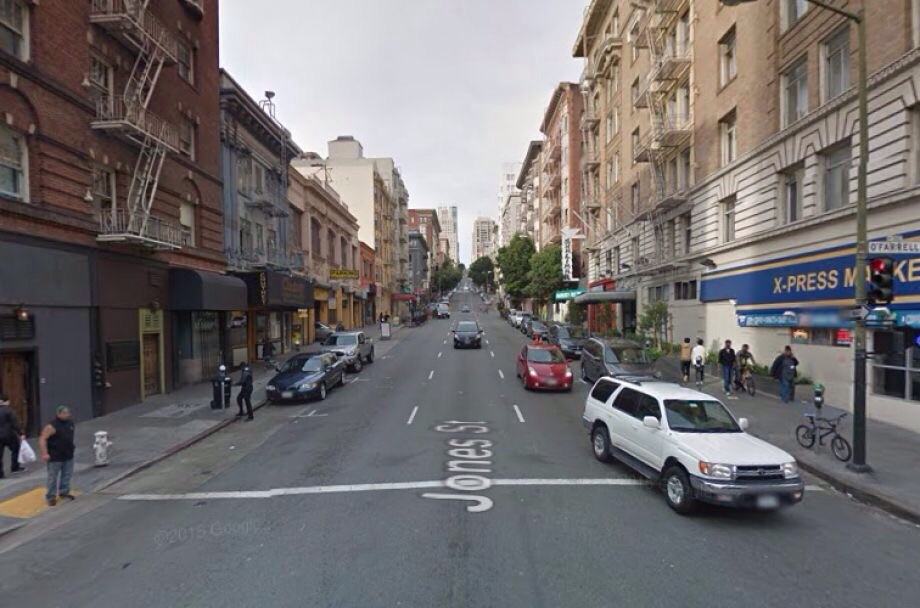 SAN FRANCISCO—San Francisco’s Tenderloin District was witness to a series of chaotic and violent events on Monday, May 11, in which traffic accidents and broken water lines caused problems in the area.

The first incident occurred at 9 a.m. on the 500 block of Jones Street, when reports of a dead body prompted a response from a coroner’s van to a house across from 525 Jones Street. The death of that individual, initially reported as a pedestrian death, was revealed as death by natural causes.

The second incident occurred at a nearby parking garage, when a garage employee mistakenly left a vehicle in reverse, leading the vehicle to plow into and rupture a nearby water line. The red Ford Mustang was left suspended between two floors of the parking job, necessitating a lengthy extraction effort.

In a third incident, the driver of a Mercedes Benz crashed into a parked fire truck, forcing the closure of Jones Street between O’Farrell and Geary. There were no reports of any serious injuries during the incidents.