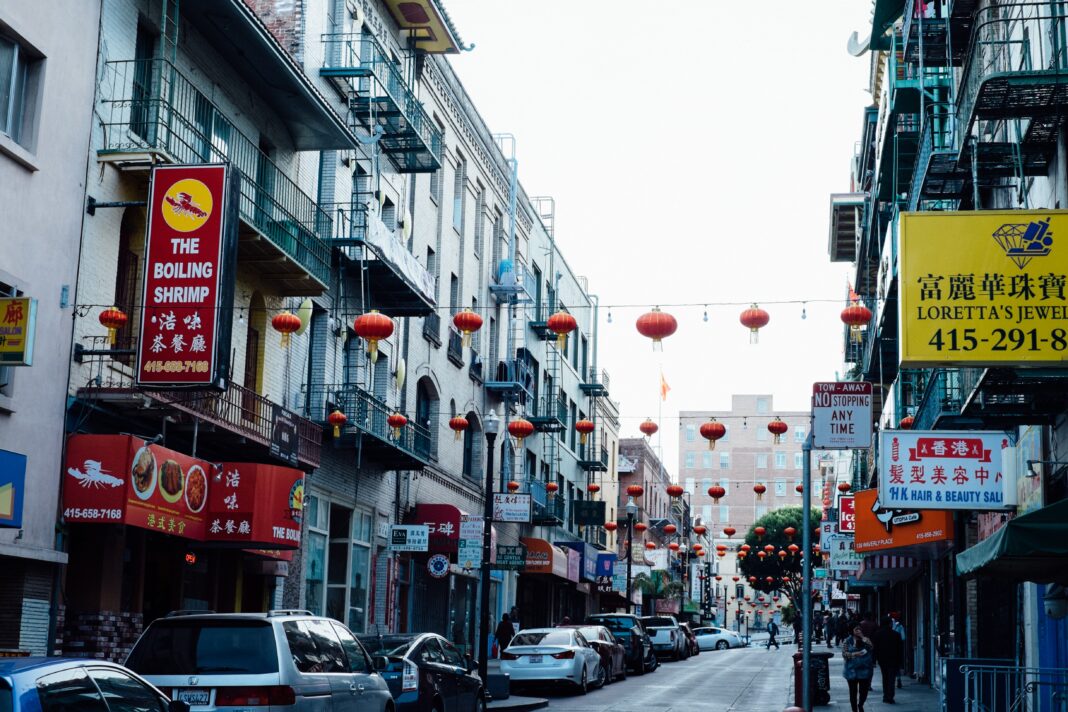 SAN FRANCISCO—Kevin Chan, co-owner of Golden Gate Fortune Cookie Factory in Chinatown, exercised his second amendment rights outside his shop to prevent a tourist from getting attacked by a local.

On Saturday, October 17, video surveillance released by ABC7 SF News captured a man yell at a tourist and aggressively pushed him in front of the Cookie Factory’s store. Chan revealed a hidden firearm to deescalate the situation after the altercation got physical.

According to the store owner, the altercation happened at around 3:15 p.m. after he got back from a meeting. In an interview with Bearingarms.com, Chan said that the San Francisco local had told the tourist he was staring at him two blocks over, and that he followed him over to the Chinatown storefront.

Chan indicated he carries a concealed weapon, as a means of protection for his business. Footage from the shop shows Chan lifted up his shirt to reveal the weapon and the resident walked away.  In the interview Chan said, “he was scared and he didn’t want to go any further.”

Authorities were called to the scene, but no reports were filed because the tourist had left the store once they arrived. Chan chose not to press any charges.