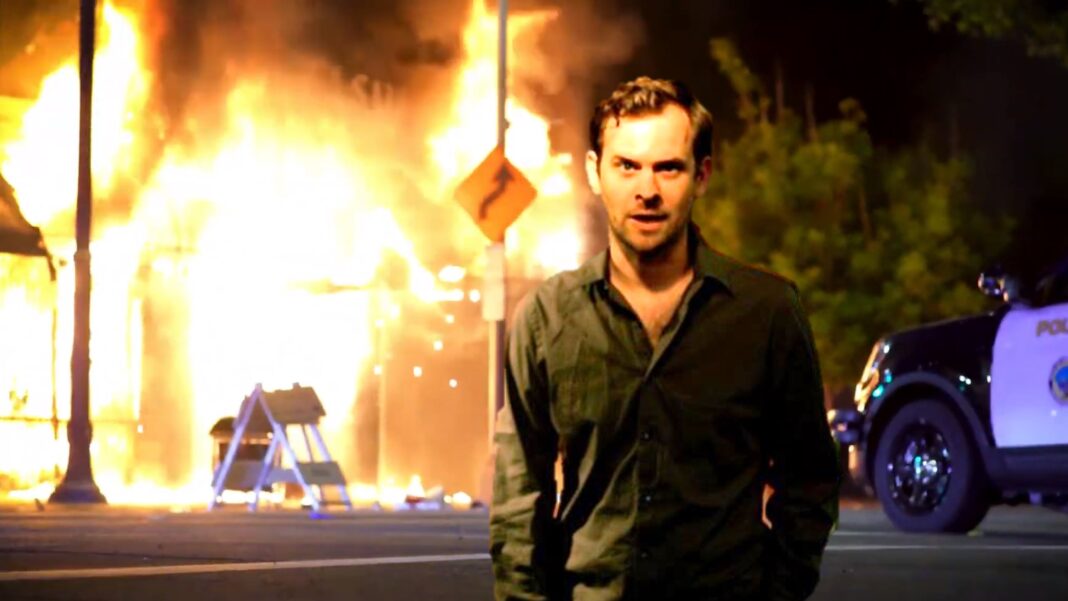 HELLO AMERICA!─During the last few weeks, nearly every country in the world was experiencing explosions and protests within their communities and cities. For many of us who grew up during the second World War, it brought back memories of ringing alarms and warnings from neighbors to remain inside and lock all doors because of the impending marches by protesters as well as normal trouble makers who could not wait to take advantage of the social rebellion.

When receiving a call from film maker Michael Plaster, who is also one of the producers and directors who work with my team of film of productions called to inform me that he and crew received word that the city of Long Beach was on fire. Michael noted that he and his crew were on the way to cover as much as possible of impending horror. Of course, I yelled “Go for it, guy!”

Upon hearing helicopters flying over the business section of the Fairfax district near the Farmers Market and CBS Studios, it was clear the social rebellion had spread even inside Beverly Hills. It became even more evident that we were about to experience something possibly even more devastation than that of the Watts Riots of the 1960s.

As protests and civil unrest continue to spread, law enforcement is having an increasingly difficult time keeping up with the mounting pressure.

Mike Plaster who is seriously involved with the award winning 10th Planet Jiu-Jitsu gym in Long Beach, a long-time staple of their community that frequently hosts free open mats and training camps, was burning to the ground amidst the protests. He was determined to capture every aspect of the horror. It was an eerie sight-seeing locals post pictures and videos of the burning building throughout the night as well as the aftermath decimating independent business owners that occupy the retail building who may or may not have insurance to cover the losses.

As expected, Plaster, without hesitation was able to get deep inside the punctured firebombed area to record a blow by blow description of the attack from the owner of the gym.  It is direct, raw and one of the most genuinely powerful accounts of a protest ever viewed from the “inside.” Those of us who grew up during the attack on London by the Germans during big war and later, by way of newsreels in theaters witnessed the effect it had on its people.

Watching men and women struggling to save their small businesses was heart breaking, but they were determined that nothing would stop them from saving something they had such a life investment in. This is a facet of the Plaster film that makes it clearly an exceptional bit of documentation. Without a doubt, this film “The Burning of Long Beach” will ring down well-deserved special notice with the Motion Picture Academy.

Those of you who are “RUTA LEE” fans, the very beautiful lady who is the backbone of “The Thalians” organization that is able to raise millions of dollars for the Children Section at Mount Sanai Hospital in Beverly Hills and so many other charities important in our city is scheduled to grace the cover of the August issue of OASIS magazine, published in Atlanta, Georgia. On that same issue cover film actors LEON ISAAC KENNEDY and WANDA RAY WILLIS are featured as well. This represents what American is and should be like: INCLUSION.

PLEASE AMERICA don’t relax and not wear your MASK and RUBBER GLOVES, from what we gather from science, the Coronavirus is still hunting for a place to land and conquer!