MARTINEZ—A home in a Martinez neighborhood was raided by authorities and the FBI on Friday, October 18. The home was located on the 2300 block of Wayne Street. 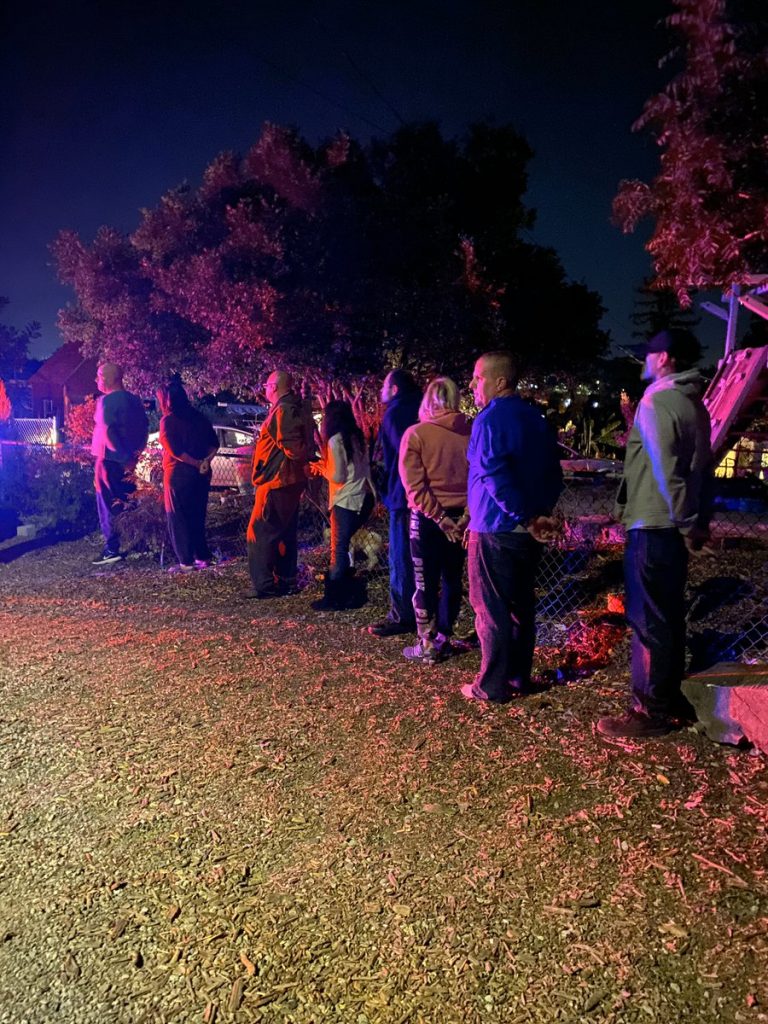 Authorities detained eight people from inside the home. Neighbors reported the property as an ongoing problem in the area. NBC Bay Area’s Jodi Hernandez interviewed Cameron Gutierrez about the home, who stated:

“It’s kinda scary sometimes. I get nervous coming up my street.” When asked about some of the things he has seen he replied:  “Drugs, Bomb Threats, Molotov Cocktails.”

The following has been released via the Martinez Police Department via Twitter:

“Martinez PD and federal agencies served a search warrant in the 2300 block of Wayne St. this morning. Diversionary devices were used, so if you were awakened by loud bangs, that was us. This was the culmination of a recent investigation and several subjects were taken to jail.”

A source at the Martinez Police Department told the San Francisco News exclusively that “Nothing was recovered during the raid.” They also stated that all eight members are “still under investigation by the FBI” and that no one has been released from police custody.

The source informed the San Francisco News that “We are glad no one was hurt or injured.” They assured additional details would be provided on the individuals apprehended following the investigation.