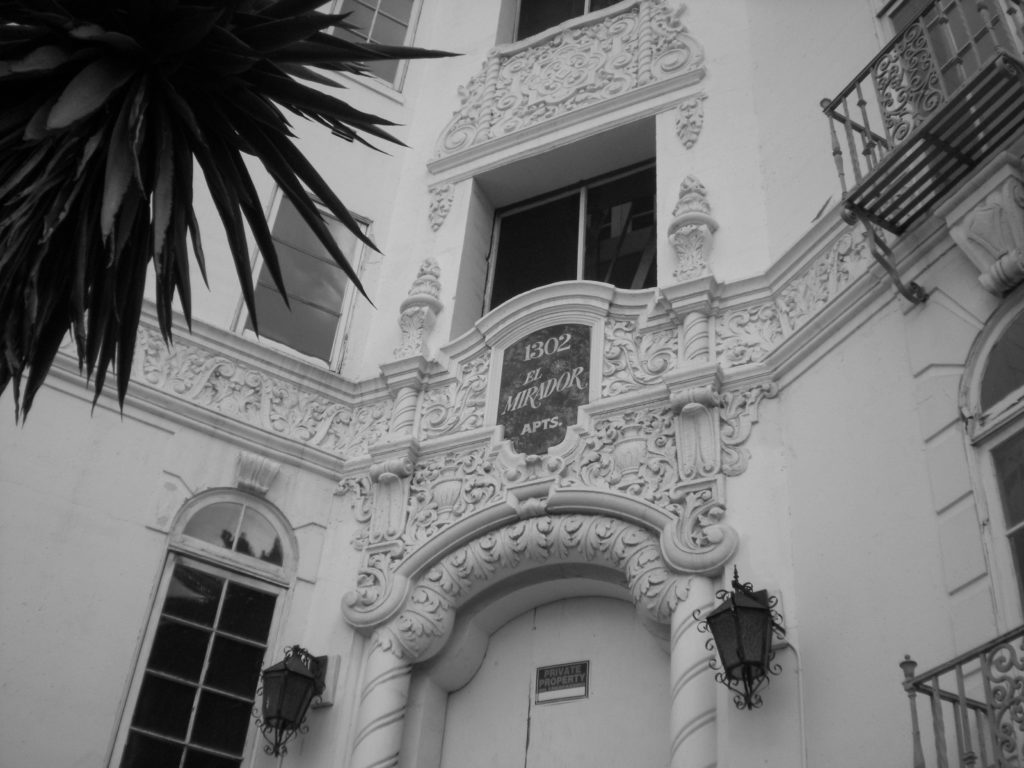 UNITED STATES—Out came the shotgun from behind the door. The old artist stood at the threshold and extended the barrel. His hand trembled. Gil Talbott steadied his hand just as he’d steadied it to chisel the newest statue that crouched in his garret on the top floor of DeVille Manor. This statue was a sandstone Christmas tree and, beside it, a single wrapped box.

As a young man, Gil had the steadiest hand; he could have been a neurosurgeon.

“Go ahead, pull the trigger on me,” said Morris, glaring at Gil, “and your life will melt away. You’ll be looking at 20 years behind bars ‒if you live that long‒ and you’ll be nobody.”

“You couldn’t wait, could you?” Gil said.

“Listen! to me! while I’m talking!” the landlord bellowed and started spewing more words.

“You could have trusted me,” said Gil levelly and loudly, over Morris, who was getting irate. “Nobody’s ever talked back to you, Morris. The politicians roll over for you, city planners, your own children. I started you. You can’t go on with your prepared speech. But I know how it goes. There was Hazel, crazy Hazel, who went after you with a can opener when you came to pick up her keys…Rob had a taser, and peed his pants when you told him he’d be guilty of murder if you died of a heart attack.

That shut him up. But you can’t shut me up, and I know how the speech goes: ‘Go ahead, pull that trigger and you will go places. You chose the wrong guy to pick on. I come from an influential family and they will see that you have the finest accommodations in San Quentin. You’ll never breathe fresh air again. Go ahead. I’ll rip you a new one. Your life will go to the crapper, Gil,’ and you’d probably add something like, ‘Your statues will be hauled away by Athens Services.’ I told you I’d be out by Christmas. You didn’t have to come checking up on Christmas Eve. You gave me till tomorrow. Getting me out, cantankerous old man, the last tenant in DeVille Manor! You’re like a kid under the Christmas tree who can’t wait to peel away the gift paper. My studio was your present for the taking. All you know is the joy of taking…”

Gil now had the gun pointed loosely at his temple instead of at the landlord. It wasn’t immediately apparent if this was on purpose or due to his tremor, now fluctuating wildly.

“You can’t accuse me of being weak or a coward like the others. I have spoken my mind, Morris,” said the old man holding the gun. “I chose a path you cowered from, the path of art.”

“Go ahead, Gil, now that you got it all out of your system, pull the trigger,” Morris said. “Atta boy. That’s real nice, holding it to the temple,” Morris said. “Less mess. People who do it through the mouth are so inconsiderate. It leaves a real mess. A Jackson Pollack mess. Pollack was way overrated, by the way. I wouldn’t have one in my house if you paid me for it.”

The words dug a hole for Morris Stewart. The old artist took control of the shaking hand, aimed his weapon at the landlord, and Gil’s finger squeezed the rusty trigger. Out of the muzzle of the gun came a white flag, emblazoned with the word “Bang!”

For a moment, unanimous silence rose from the courtyard, where the fountain was long since silenced. And there was now need to adorn the greenery with light with only one tenant remaining: Gil Talbott.

Then Morris Stewart’s finely tailored shoulders hit the floor with a thud. That wasn’t in the script. Looking around with sharp eyes that never needed appliances to improve their gaze, he was so fixated on analog reality, Gil could not for the life of him find a telephone to call 911. His rheumy eyes, enlivened by panic, gazed on Morris. He lay on the mosaic floor of the hallway. His shoes, shined to a high gloss, were pointed to the sky; his eyes wide open and unblinking.

“This will be quite a challenge,” Gil mused to himself. “How to dispose of a cadaver!”

Grady Miller is the author of “Lighten Up Now: The Grady Diet,” a holiday survival guide (available on Amazon).