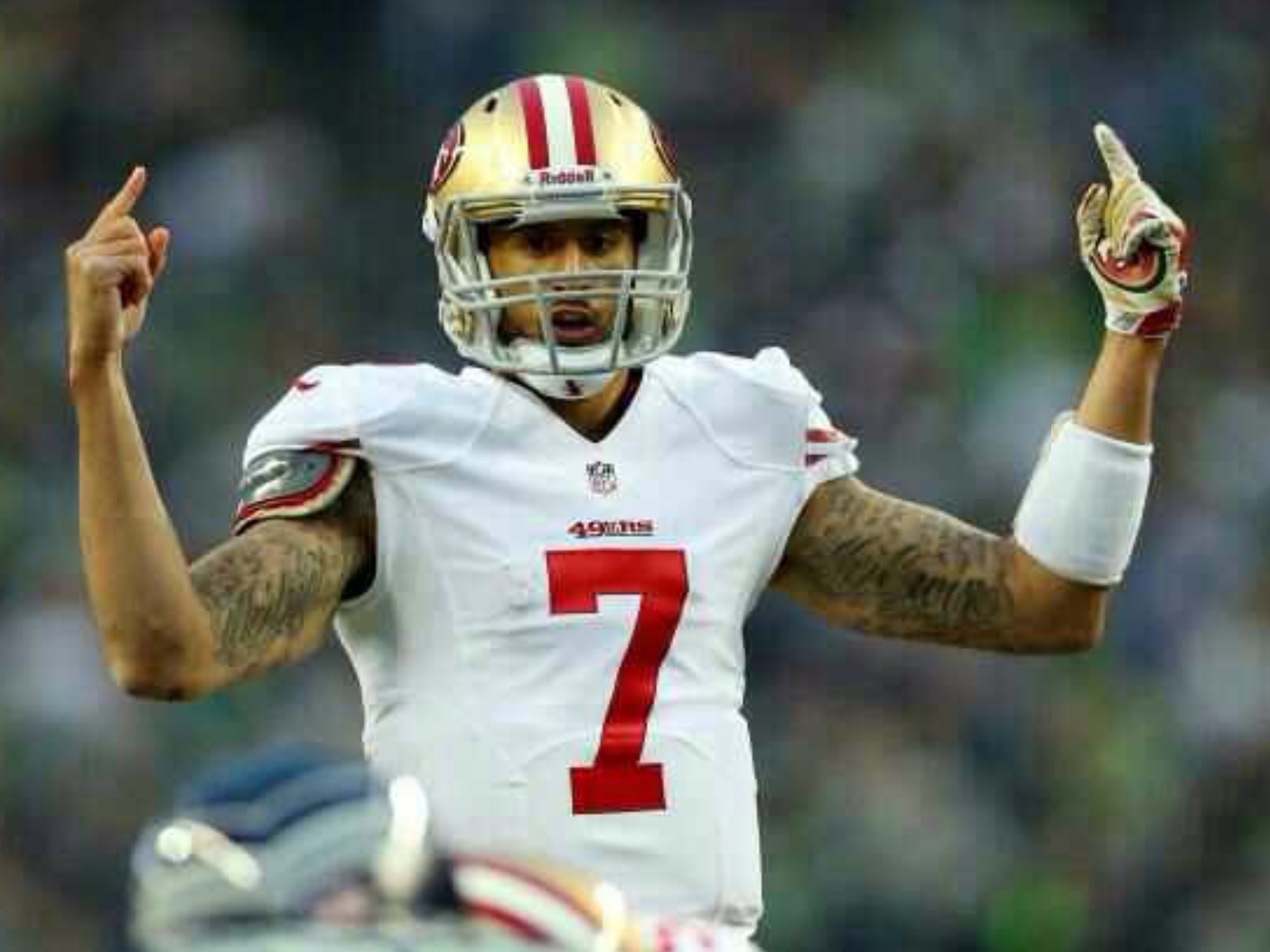 SAN FRANCISCO—After coming into the league with his head on fire, San Francisco 49’ers quarterback Colin Kaepernick suffered a true regression in 2014.

A near unstoppable force in the early stages of his career, the Nevada product at times looked lost during the Niners 8-8 campaign.

Though there were brief flashes of Kaepernick’s dynamic ability, he struggled to move the ball for infuriatingly long stretches, stretches in which his poor play was often masked by a defense that despite an unbelievable rash of injuries and suspensions, managed to keep the team in most of its contests.

Yet in spite of his struggles, it was thought that an attraction to Kaepernick’s freakish talent remained within a 49’ers organization that recently jettisoned the head coach responsible for drafting the struggling signal caller.

However, rumors have surfaced that members of the organization have soured on Kapernick’s future prospects, rumors that indicate the quarterback may soon find himself on the trade block if he isn’t already.

“Colin is our quarterback and we are excited to have him,” General Manager Trent Baalke said. “He is not going anywhere. The media reports suggesting otherwise are without merit and quite frankly ridiculous.”

Though Baalke may very well be sending media smokescreens to maintain Kaeprnick’s league-wide value, it appears doubtful that the team wouldn’t give him a shot to prove himself in 2015.

Beyond the fact that there are no other attractive options on the team’s current roster, much of the 49’ers off-season has been spent upgrading the arsenal of weapons surrounding Kaepernick, who should benefit from the additions of dynamic threats such as running back Reggie Bush and wide receiver Torrey Smith.

“Reggie has really been an asset to Colin and has opened up some things,” Baalke said. “When you get the speed going down the field and you give a back like Reggie room to work in the third-down packages and stuff like that, it really is a bonus for the quarterback. And Colin is developing a real rapport with Reggie coming out of the backfield.”

Moves such as those are part of Baalke’s ongoing argument that the team is reloading rather than rebuilding for 2015.

But if Kaepernick continues to struggle with his new arsenal of weapons, these Springtime grumblings about a potential trade could very well grow into a fully-fledged NFL storyline.