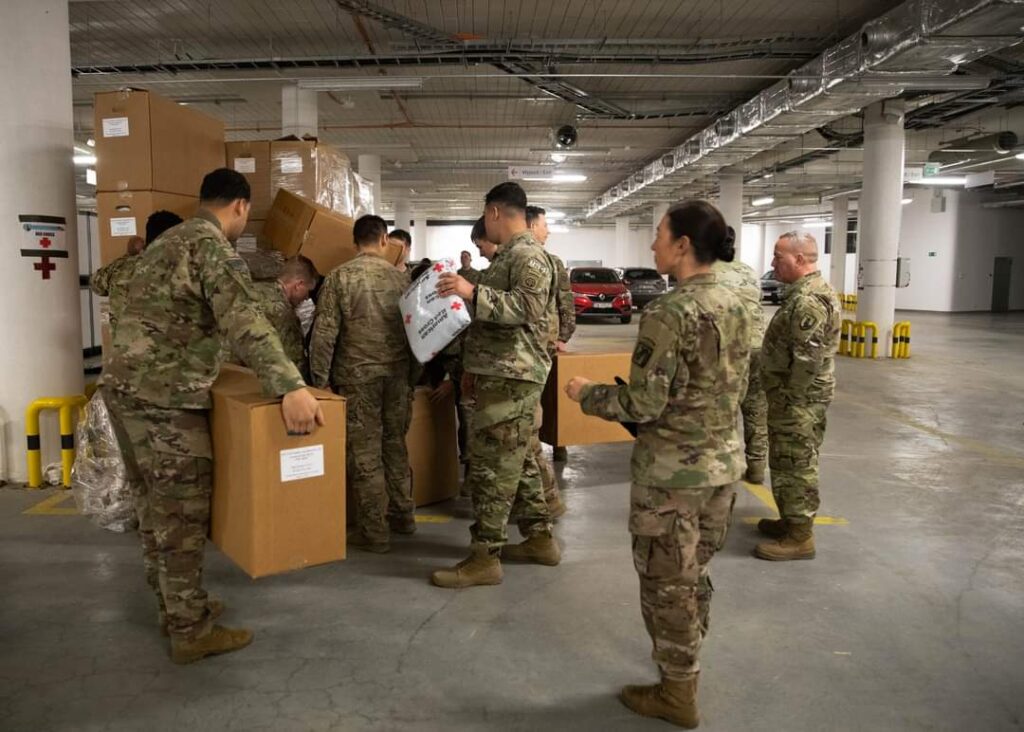 UNITED STATES—The Pentagon has announced that the U.S. will join allies in the North Atlantic Treaty Organization (NATO) to support Ukraine by deploying additional troops.

According to the Nato website, on February Monday 28, NATO Secretary-General Jens Stoltenberg participated in a secure conference call with world leaders organized by the President of the United States, Joe Biden in the aftermath of Russia’s invasion of Ukraine.

A fact sheet provided by The Department of Defense (DOD) stated that, “the United States maintains significant combat-capable forces in Europe. These forward-deployed forces help to deter aggression and if deterrence fails, stand shoulder to shoulder with our Allies to maintain security and stability in Europe.”

On February 2, the Department of Defense deployed approximately 1,700 Service Members of the 82nd Airborne Division – built around the components of an Infantry Brigade Combat Team and key enablers – to Germany. The 18th Airborne Corps moved a Joint Task Force-Capable headquarters to Germany.

On February 12, the Department of Defense ordered an additional 3,000 service members from the 82nd Airborne Division which enables Poland to complete the deployment of the Infantry Brigade Combat Team.

On February 17, Secretary Austin, in conjunction with the government of Bulgaria, announced a U.S. Army Stryker troop of approximately 125 soldiers will take part in a training mission in Bulgaria.

On February 18, U.S. Army Europe-Africa, in conjunction with the government of Hungary, announced a U.S. Army Stryker troop of approximately 125 soldiers will take part in a training mission in Hungary.

On February 22, US Defense Secretary Lloyd Austin ordered the additional movement of U.S. forces currently stationed in Europe to continue support for NATO Allies and the defense of the eastern flank.

U.S. Pentagon Press Secretary, John Kirby announced an additional $350 million funding to Ukraine from DOD inventories. This will make the total financial assistance from the U.S. to Ukraine $1 Billion over the last year.

Military Times reported that 10,000-12,000 troops have been placed on heightened alert to prepare for deployment.

“To date, the U.S. has activated 14,000 troops for Europe. Half of those have mobilized unilaterally, including 4,700 82nd Airborne Division soldiers to Poland, 1,000 2nd Cavalry Regiment soldiers to Romania, and 300 XVIII Airborne Corps soldiers to Germany,” Military Times reported.