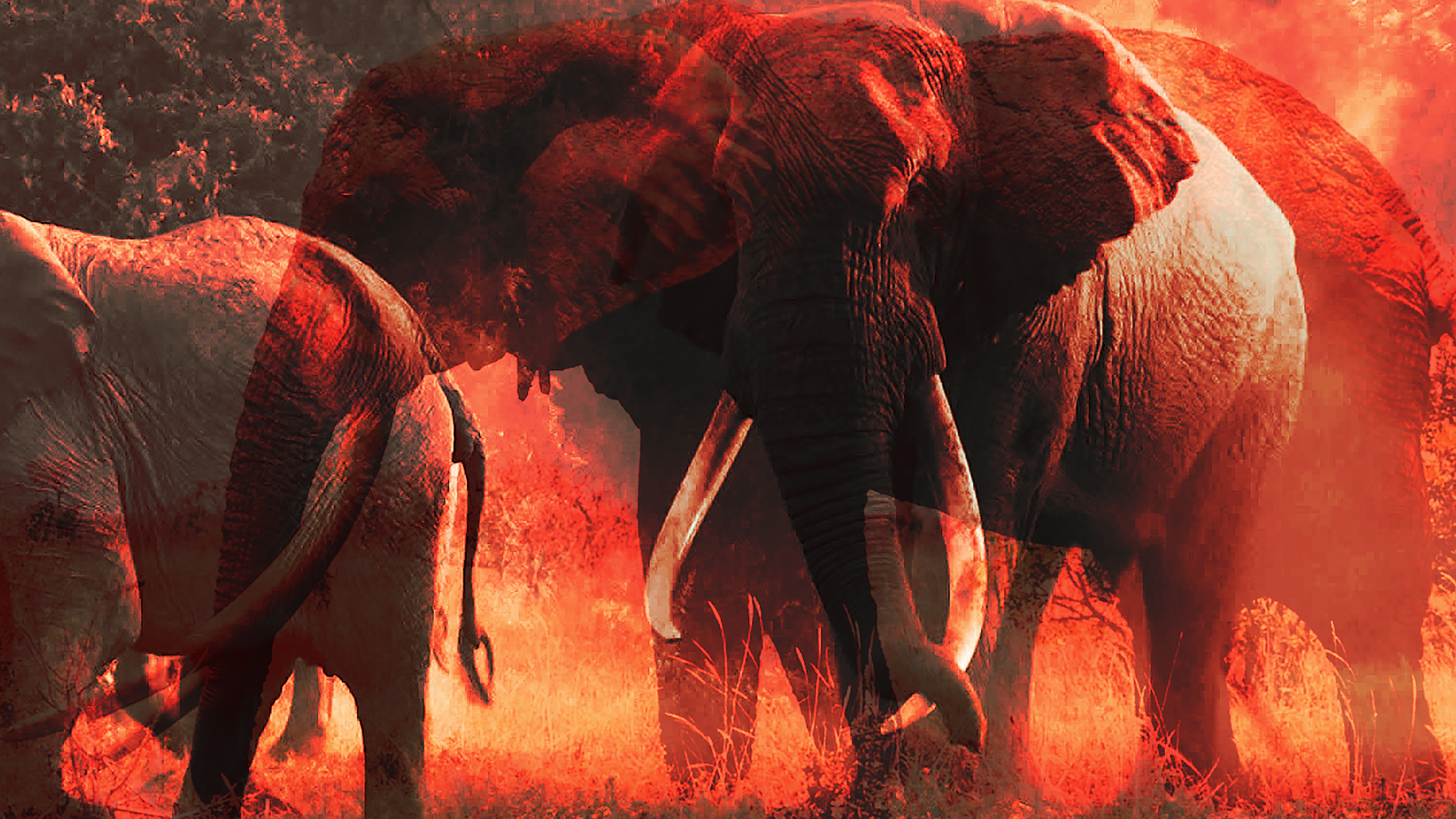 SAN FRANCISCO—The San Francisco Zoo and Garden is showing the new film “Red Ivory,” every 10 minutes at an indoor theater in the Doelger Primate Discovery Center.

“Red Ivory,” by Artist in Residence Henry Jackson takes viewers through several scenes describing elephants in the past, present and future, showing the consequences of illegal wildlife trade. The film began showing on Saturday, March 25. Jackson said that he wanted to contribute with an art piece that would impact and provoke change.

“The film is an emotional piece of art that has the purpose of filling the blank and creating a different attitude in people,” said Jackson. “Even the smallest communication and getting people to stop buying ivory would contribute to the issue.”

The film starts with a collage of the elephants in their traditional habitat, with their family drinking water, dreamlike and in an elegant way later transforming into this dark place. That dark place depicts the collection of ivory from tons of elephants, the carving and the aftermath. It ends with a collage of images showing what a world without elephants would be like. In Kenya, they burn the ivory in solidarity to show that if the elephant cannot have it then nobody should have it.

“These animals are not from this planet, you can watch and be amazed by them,” he said.

Rachel Eslick, from the marketing department indicated the 6-minute film is one of the steps The San Francisco Zoo and Garden is taking to inform people about issues in Africa.

She said that elephant population is decreasing, so the time is now to do something and as a zoo, conservation is a top priority.

According to the San Francisco Zoo and Gardens, the situation is grim, but it is not too late to make a difference. Eslick indicated steps could be taken to avoid ivory trade and educate family and friends about the consequences of illegal wildlife trade.

“People are being responsive,” Eslick said. “We have a big push to appeal to young people, for them to take the message to their schools and families.”

Elephant ivory is now a key source of funding for armed rebel groups in central Africa. According to National Geographic, the organization has committed gross human rights violations since 1989.

This was the second art installation by Jackson. In 2012, “Kingdom Animalia,” a large-scale video and sound installation, debuted at San Francisco Zoo and Gardens.