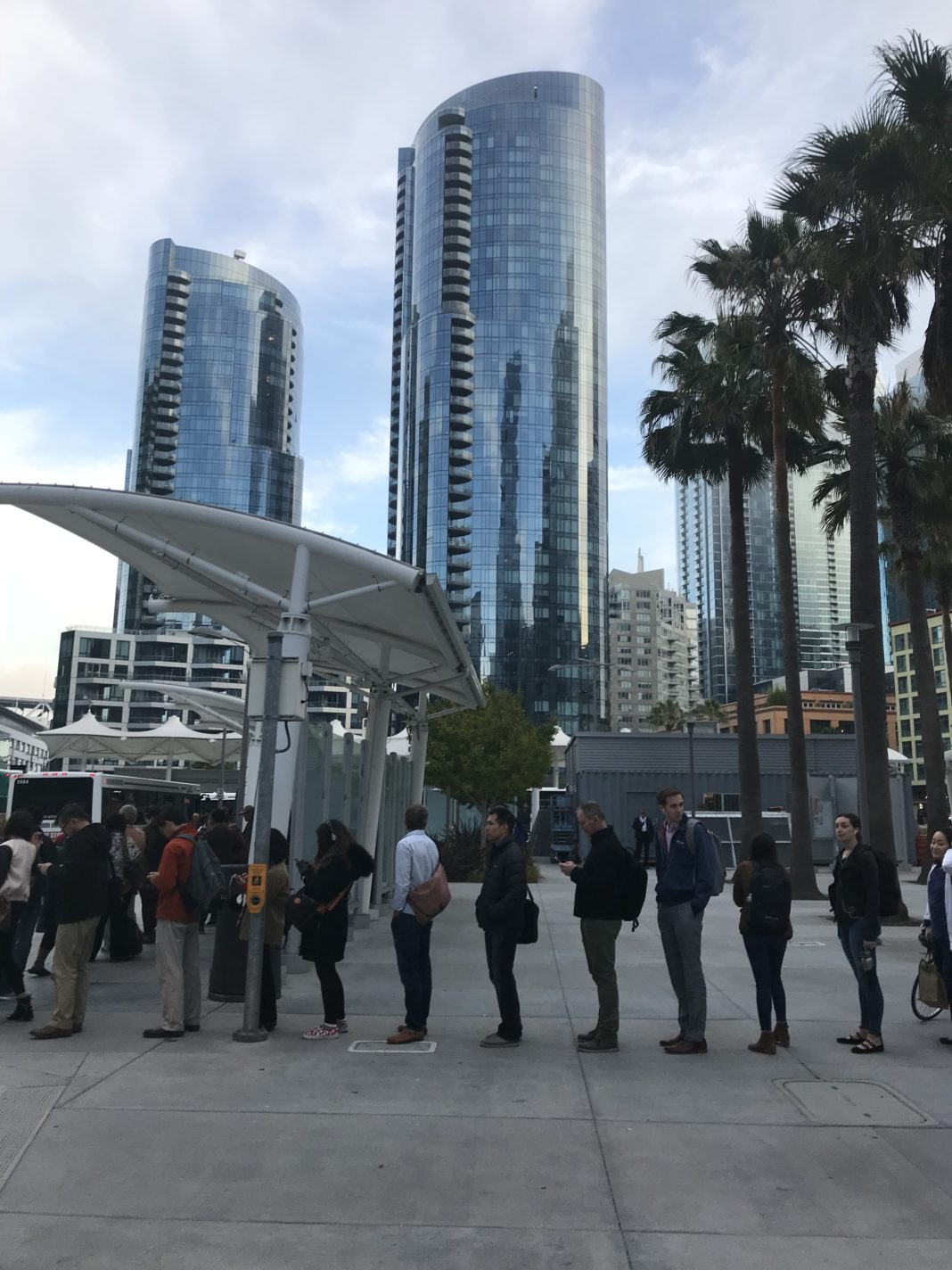 The Transbay Joint Powers Authority closed the center around 10 a.m. on Tuesday, September 25 after the first crack was found by workers installing ceiling panels on the bus deck above Fremont Street. The second crack was later found in another horizontal beam that is between Mission and Howard Streets. The closure caused traffic halts, with Salesforce hosting its Dreamforce conference, in addition to the city of San Francisco celebrating transit week to encourage public transportation.

“It doesn’t really affect me that much, the Salesforce Center is actually closer to my work but it’s only a 10 minute walk [to the temporary Transbay Center],” said Alexis Glenn to San Francisco News. “I can’t really complain I know some people have it worse off than I do.”

Lashon Smith spoke to San Francisco News about her experience commuting. “I mean timing wise I think yesterday was the worst because all the schedules were off because the buses didn’t know where they were going, but that’s been I think the biggest hassle it’s actually further to come here [to the temporary Transbay Center] than to go to the other transit terminal and everything is just off right now it’s just off,” said Smith.

“We were coming here for years before they opened the other one, but the other one is so much nicer but I want it it to be safe,” Smith told San Francisco News.

Commuters are not the only individuals impacted during the temporary closure. Those who work in the building will not be working for the duration of the closure.

“Well I work in the building so I’m thinking that I’m not going to work for like two weeks,” said Victor Cisneros to San Francisco News. “The thing is its affecting a lot of people, because a lot of people have been waiting here for like 30 minutes for their bus,” Cisneros said to San Francisco News. “I’ve heard that it’s going to be open in two weeks, it could be sooner I think I know they’re working on it right now,” Cisneros added.

TJPA shares impacts that this temporary closure is causing for commuters and public transit operations. All of the transit lines that serve the Salesforce Transit Center are fully operational, but have been diverted to the Temporary Transbay Terminal at Howard and Main Streets. According to a statement from TJPA, AC Transit and the SFMTA report that despite the temporary closure of the Salesforce Transit Center and Fremont Street, Transbay Bus Lines and Muni Lines serving the transit center continue to fully operate.

TJPA stated that Bay Area Rapid Transit (BART) will run long trains and will monitor passenger flow throughout the commute hours to address impacts to BART service. TJPA asks that no matter how people travel in San Francisco that they allow additional time during their commute.

The San Francisco News reached out to TJPA for additional updates, but did not hear back before print.