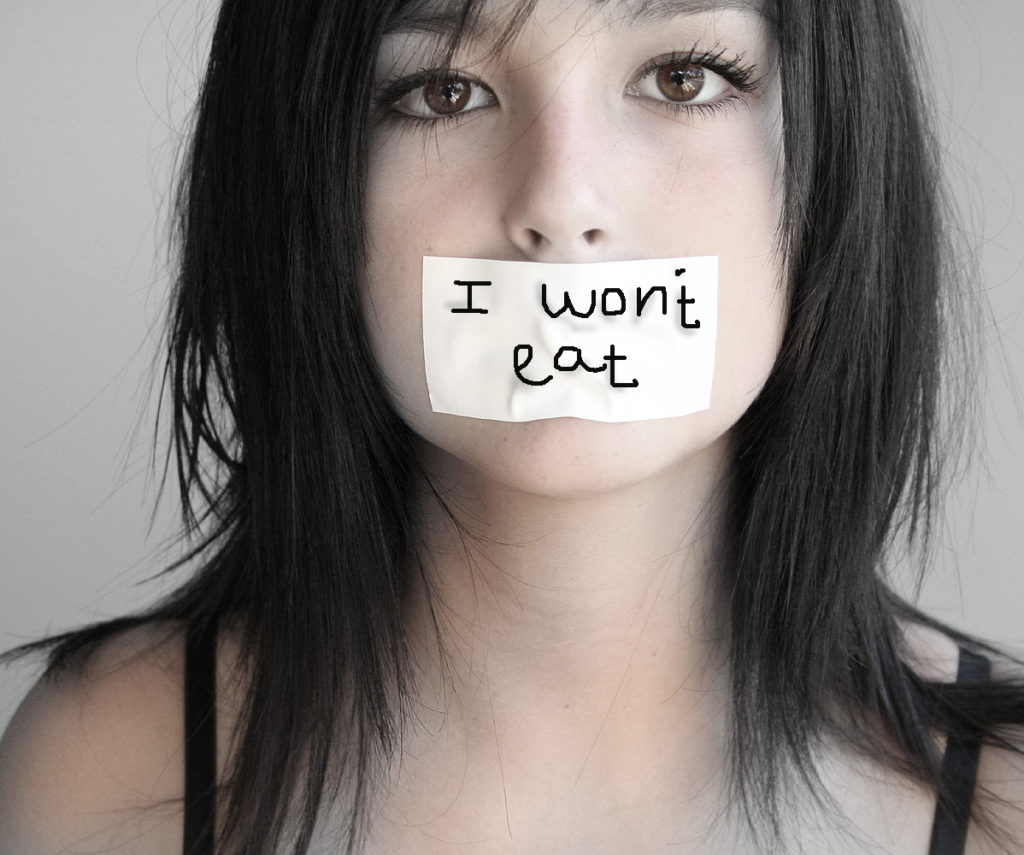 BEL AIR—Panic Buttons are words or topics that trigger an emotional response. When pushed, it makes you go crazy and sets you off.  We all have panic buttons.

Luckily, there are not many topics or things that make me emotional or set me off. I’ve somehow seemed to avoid panic buttons in my lifetime… except one secret…

My mother taught me the word, “diet” before I was old enough to count calories. She kept telling me how I needed to be careful or I’d get fat; how men wouldn’t approve if we were overweight. However, my father was never critical of my weight, ever. 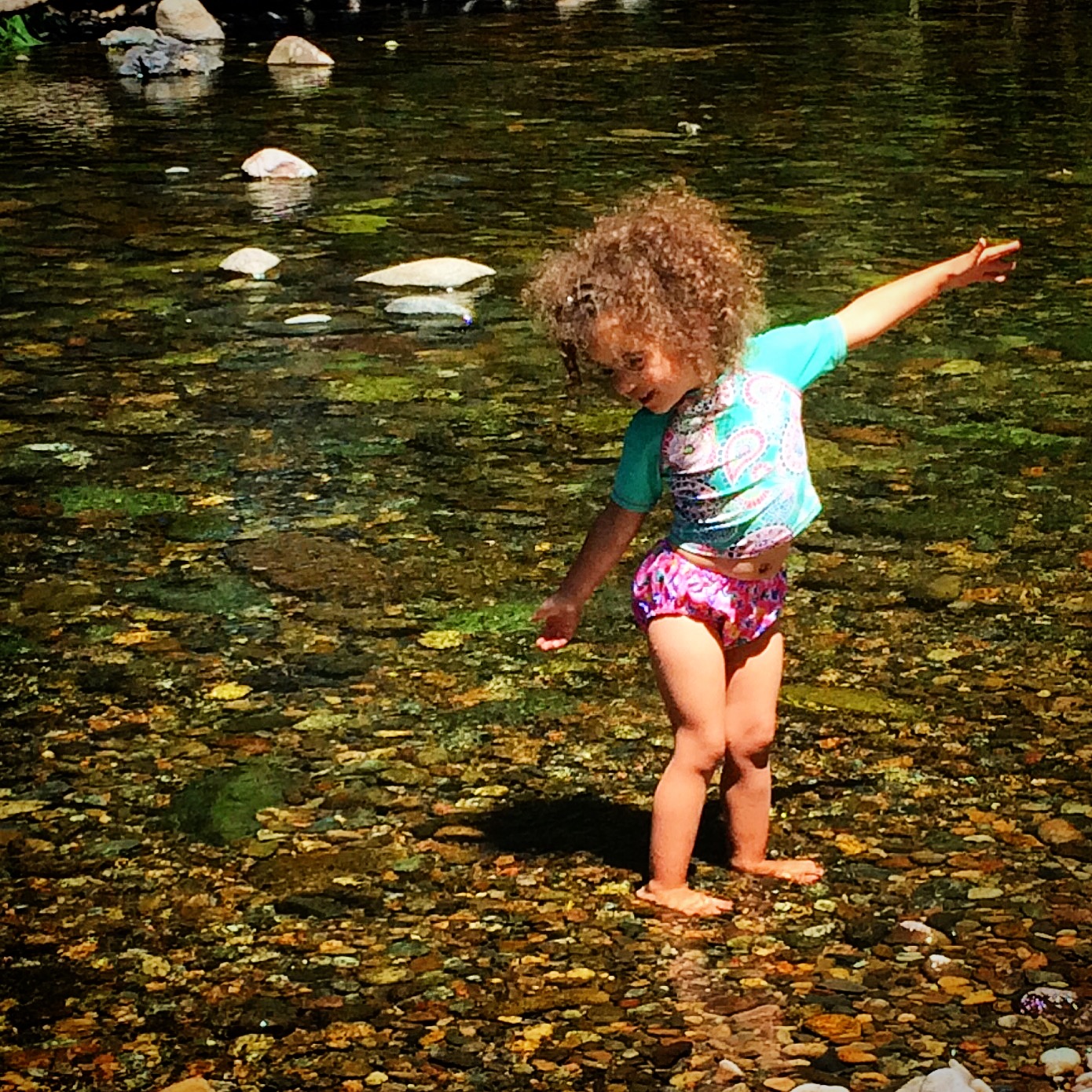 It all started back when I was 4. Comparing my curly big hair, thick lips and chubby cheeks to my peers who had straight hair, thin lips and narrow faces… I stood out, mistakenly thinking that was a bad thing.

I would browse around the kitchen, grocery store and even restaurants asking, “Is this fattening?” “How many calories does this have in it?” People thought it was cute and funny, but it wasn’t. I was obsessed with “not getting fat” yet, that is what ended up happening more times than I’d like to count.

My mother’s way of making sure her kids were “well-rounded” was putting them in every type of extracurricular activity that would fit into the schedule.

Things changed the summer of my 9th year. It was the year I took a break from Irish Dancing, Figure Skating and Karate. I was eating instead of exercising in my free time. I started getting pudgy. My siblings and father were naturally thin and my mother was always on a diet, weighing herself daily.

Any time I tried one of my mother’s crazy diets I ended up gaining what I lost, then more on top of that. It was out of control. I went to my brother who was modeling at the time and only dated models, had a perfect body and spent many hours working out, “Please put me on a diet. Tell me what to eat and I’ll follow.” I felt out of control; I didn’t know what to do.

He dismissed my request as ridiculous and told me to just work out.

My neighbor was a running and track coach at UCLA. Every morning, he would take early morning runs with a bunch of college guys. I knew his kids. His wife had a particular interest in being a mentor to me. I was 12 when I realized if I wanted to fit in to this anorexic culture I had to learn how to lose weight.

According to my weight and age, I burned approximately 2000 calories a day. Therefore, if I wanted to lose 4 lbs a week, I had to not eat anything. Which is basically impossible for me. Running became the way to juggle my calories and eat my chocolate too.

That summer I dropped so much weight that no one recognized me when I went back to school. My waist was 22.5 inches and my thighs were 18 inches.

I began to receive offers to do modeling which was a huge ego boost. Plus, makeup really makes someone look good. I was enjoying all the attention of people asking how I did it. It was truly the first brilliant thing I did.

Well a tragedy struck and my mother was in the hospital for 3 months. My brother left on a world traveling tour and well it was my dad and I in a big house dealing with the aftermath of a huge loss. I wore baggy clothes and no one seemed to notice I dropped as much as I did.

My mother came home and was pleased that I was “thin” and told me “Keep it up!”

I asked “Mum, be honest, how much weight should I still lose to be PERFECT?”

A few weeks later, my mother arranged to take me and my best friends shopping for my birthday. We sure loved to shop! As I was trying on clothes, my mother came into the dressing room. She looked at me, began crying and quickly left. My friends went to console her. I didn’t understand why she was so upset.

My panties were somewhat big for me and I used my hip bones to keep them up until I was at my goal weight then I’d get new ones. My mother saw that and just freaked.

The next few months were set to be the biggest parent/daughter challenges of my life.

It was my thirteenth birthday and people were treating me like a criminal. I wasn’t sure what I had done wrong. I had done everything they told me to do. Comparing my body to my brother’s girlfriends and all the top models, I still looked fat. The agency I had done those jobs with were encouraging me to shed even more weight… so what’s the big problem?

So off to a doctor my parents send me. The doctor tells me of this lady, a drummer and well-known singer, Karen Carpenter, who he had treated at one time. She died before I was born but her music still lived. Of course, that got my attention because I was a drummer and a singer and I loved the fact there was another girl who was famous for the two.

He comes in with all these magazine articles about her death. She died from Anorexia Nervosa. He told me I was going to die too if I didn’t make some changes. I thought to myself, “Wow that is an exaggeration!” Then he weighed me and said I was about 18 pounds under weight.

IMPOSSIBLE! There is no way that 98 pounds on a 5’6 inch 13 year old is under weight in Los Angeles. The camera adds 20 pounds and everyone else is thinner than me. I disagreed with this overly pompous celebrity doctor who was simply over-reacting.

Most everyone at home gave me the silent treatment. The only time anyone talked to me was about food. My mother started having my favorite foods prepared and everyone was so jumpy and quick to order any dish or food I wanted. Daily, I was questioned as to what I ate, what will I eat and any type of food I would eat. I blew them off. People saw I wasn’t going to change because some stupid doctor wanted me fat.

One day after my run, I was hurried into my father’s den where they had a psychiatrist, psychologist, my dad’s business manager along with my father and my mother, who would come and go as my dad would tell her to leave because she kept crying and wasn’t “presentable.”

How was it that I became my mothers worst nightmare. I was only doing what she wanted me to do… be thin so that men would accept me. Now why is she mad at me?

They gave me an ultimatum, I needed to make a change within the next 72 hours to start eating and stop exercising or they would hospitalize me.

The thought made me cringe. I couldn’t believe my parents were listening to a stupid doctor over me. My only defense was the conversation I had with my mother about a month earlier. She had told me that she thought I needed to lose 20 more pounds… so that was my focus.

My mother hated that I held that against her and I’m sure that was the start of many arguments to come between her and my father.

Hours passed as I sat in this grueling meeting where they basically tore apart everything about me, my body and every pound I had lost. The reasons why, what was I doing to my health, my future, etc. I was exhausted, fed up and done being the good girl and I was ready to rebel.

Standing up, I announced in my grown-up voice, a line often used by my father… “This discussion is over.”

As I started to march out, my father said in his don’t mess with me voice “Do not walk away while I am talking to you.”

He demanded to know, “Why won’t you just bloody well eat?”

I took one look at his disappointed face and flippantly said, “WHATEVER!”

That was something the real me would have never done. I truly loved my father every day of my life but at that moment I was feeling so attacked and alone.

In all my life, I never saw my father become unglued, other than this moment. He picked up a musical clock that he had bought me for my birthday and threw it at me. I had never seen him show any sort of violence before or after this incident, so I knew he was not kidding. I ducked and it flew past me, hit the wall and broke into pieces. Silence surrounded us… until I giggled and said “Ha! You missed me!” and walked off, fearing my first corporal punishment to result from that incident.

After that, my dad’s business manager took over. He was now my babysitter, care taker, chef, supervisor and dictator. I had to listen to him “or else.” At first, I tried… then I didn’t. I wanted to see how far he’d go. That, I am truly sorry for. 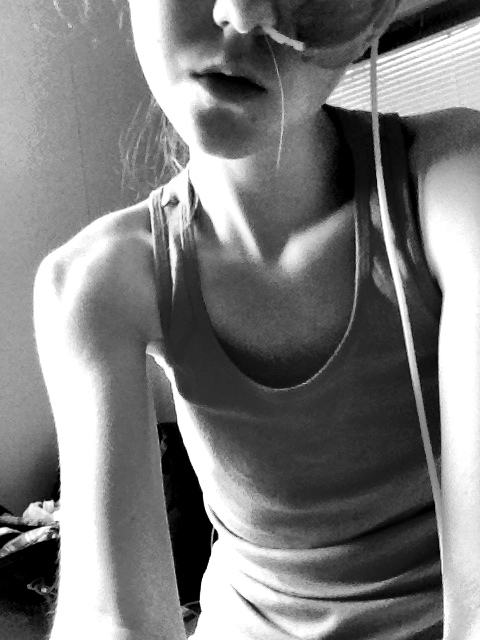 The next few months were hell, including being hospitalized, being held down while they inserted a tube up my nose for feeding, forced to take medications as if I was insane, taken away from my friends and home and isolated from the people I loved. They could no longer handle me.

After that experience, something happened to me. I no longer was a person without a panic button. My father would get my attention easily by calling me crazy. I hated that word.

My dad was not into name calling or degrading people, especially his family, but when he found me not listening and following his, at times controlling, advice… all he had to say was, “You are acting crazy.”

When someone jokingly says, “ You’re crazy” I don’t laugh back. I feel unadulterated sadness. I am not crazy… why are they saying that? If you want to get under my skin, all you have to do is get someone I care about to call me “crazy” and in an instant, I’ve become crazy.

Crazy is my panic button.

SEC’s Lawsuit Against Ripple, What Potential Impact Could This Have On XRP?