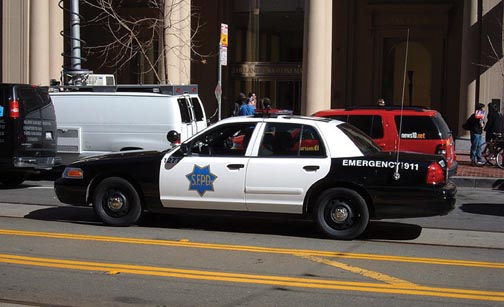 SAN FRANCISCO—On Sunday, September 16, the San Francisco Police Department make arrests of a San Francisco resident and Daly City resident for the series of robberies called “Short Guy, Tall Guy.” These series of robberies occurred between August 19th  and September 16, 2012, which involved restaurants, phone stores, and even a hot tub store. There were a total of eleven robberies.

Investigators from the Criminal Investigations Unit (CIU) developed a crime mapping analysis of the eleven robberies as part of the prevention strategy of Interrupt, Predict and Organize (IPO). IPO department interrupts violent crimes and predicts where revenges may occur. On evening of September 16, CIU Investigators took two suspects into custody on the 1000 block of Market Street. They took the suspects in because the two people matched the description of the suspects of the robberies. Those suspects were Ray Faar, 40, from San Francisco, and Bran Alexander, 48, from Daly City,