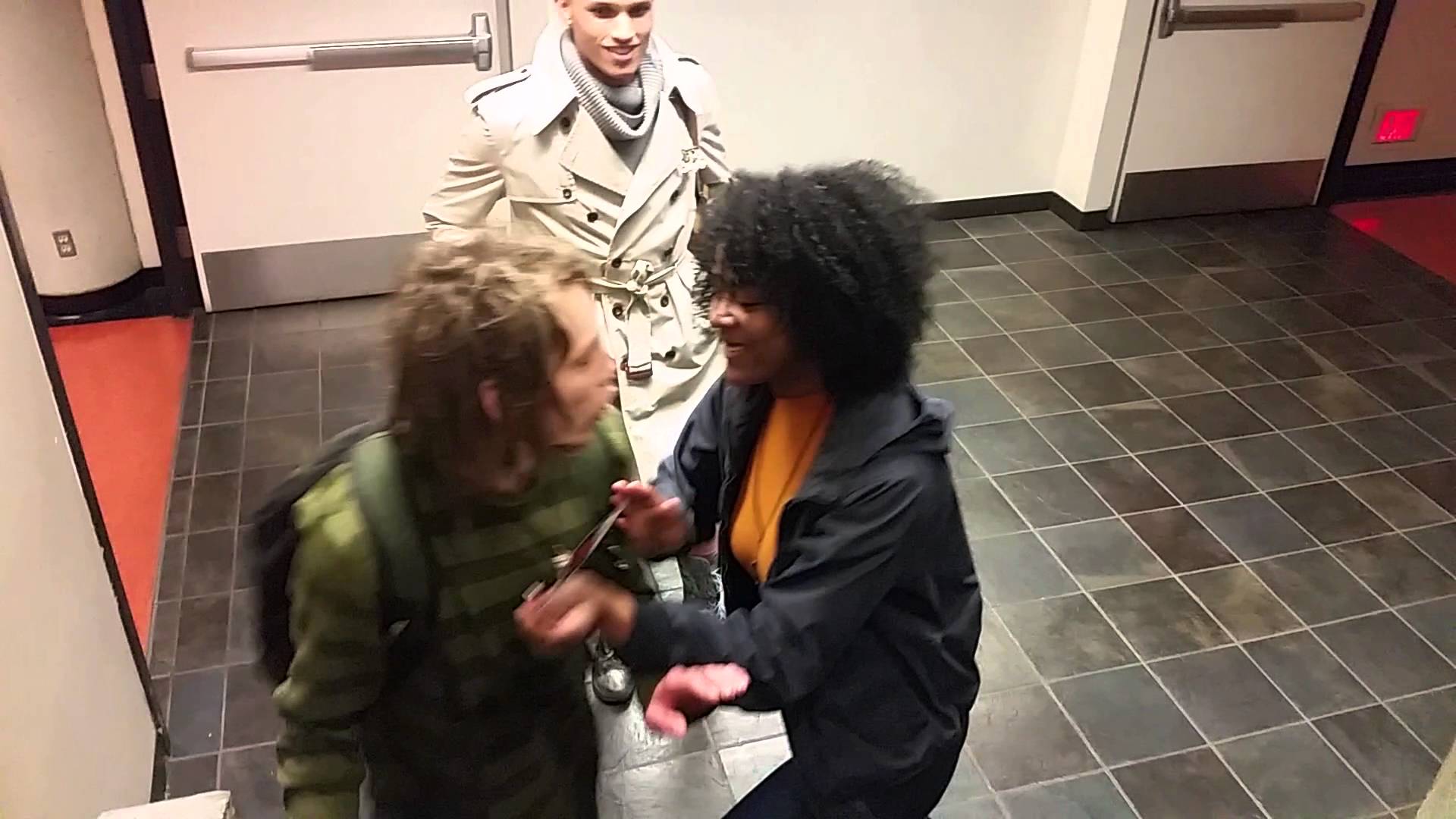 SAN FRANCISCO—San Francisco State University campus police officers are investigating a video that has gone viral depicting a African-American female student confronting a Caucasian male student about his dreadlocks in an incident that occurred on Monday, March 28.

Goldstein allegedly tried to walk away and avoid confrontation. Tindle followed Goldstein into a hallway and confronted him about his hair. The 47 second video shows Goldstein stating to Tindle “you’re saying I can’t have this hair style because it’s your culture? Tindle responds, “It’s my culture, do you know what locks mean?” Goldstein asks her, “Did you know it was an Egyptian culture are you Egyptian?” Tindle then proceeds to ask Goldstein, “Are you Egyptian, tell me?” Which Goldstein replies “No, but it doesn’t matter.”

As Goldstein attempts to leave, he begins to say, “You have no right to tell me what I can and can’t do,” and moves Tindle’s hand out of his way. Tindle further obstructs Goldstein’s path and repeatedly grabs his arm and shoulders to prevent him from leaving. The argument escalates to become more physically aggressive, as Tindle becomes increasingly more upset that Goldstein “placed his hand on her.” Goldstein is seen trying to exit the altercation throughout their argument.

Goldstein filed a police report after the argument took place on Monday, March 28. Goldstein stated he is not looking to press charges, and will be letting “the education system deal with her.” Goldstein stated he would like apology and is open to having a respectful discussion about his hair to anyone who wishes to talk.

Shortly after the incident was publicized, an anonymous SFSU student posted on Facebook that the altercation was started when Goldstein called Tindle a “black b-tch” after she had tried handing him a flyer. The student claims things escalated from there, and Tindle followed Goldstein to confront his statement as well as his dreads.

San Francisco State University released a statement on Tuesday, March 29, confirming no criminal charges were pressed. The university further stated they “[promote] the rights of the campus community to engage in free speech, but [do] not condone behavior that impedes the safety or well-being of others.” The university will continue to investigate the incident and determine suitable action based on campus student conduct procedures.