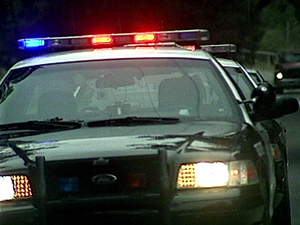 SAN FRANCISCOï¿½A string of 11 robberies that had plagued the city were brought to a close when the two suspects were apprehended by police.

A San Francisco Police Department news release indicates the robberies, which took place between August 19 and September 16, were called the ï¿½Short Guy, Tall Guyï¿½ series.   This name came from the height disparity between the suspects in which one was 5ï¿½6 while the other was about 5ï¿½11.

The robberï¿½s escapades were being actively investigated by members of the SFPDï¿½s Criminal Investigation Unit as part of the departmentï¿½s violence prevention strategy of Interrupt, Predict and Organize which seeks to interrupt violent crimes, predict where retaliation may occur and prevent additional violence from occurring.

*Through crime mapping analysis of the crimes, investigators were able to identify the two suspects as 40-year-old Ray Faar of San Francisco and Bryan Alexander, 48, of Daly City.   During each of the robberies, the suspects entered businesses near closing time and pretended to be customers.   While Alexander would stand back as a lookout, Faar, armed with a handgun, would jump into or walk behind the counter to rob the employees of their cell phones and then steal money from the cash register.   The robbers would then move the victims to the back of the store and ordered them not to follow the suspects as they would be shot.   The suspects robbed businesses such as restaurants, phone stores and even a hot tub establishment.

Faar and Alexanderï¿½s crime spree came to a close on Sunday, September 16 when a CIU investigator detained the two men in the 1000 block of Market Street because they matched the description of suspects responsible for a phone robbery in the 3100 block of Mission Street.   After speaking with the officer at the scene of the robbery where victims were being interviewed, the investigator determined the phones possessed by the suspects belonged to the victims.   This turned out to be Faar and Alexanderï¿½s 11th and final robbery.
Both men were taken into custody and booked for robbery of a commercial establishment with a gun, conspiracy and possession of stolen property.   Alexander, a parolee, was charged with a parole violation and Faar was also charged with possession of methamphetamines.

Booking photos of the suspects were not available as of press time since as there were pending identification matters pending in other cases.