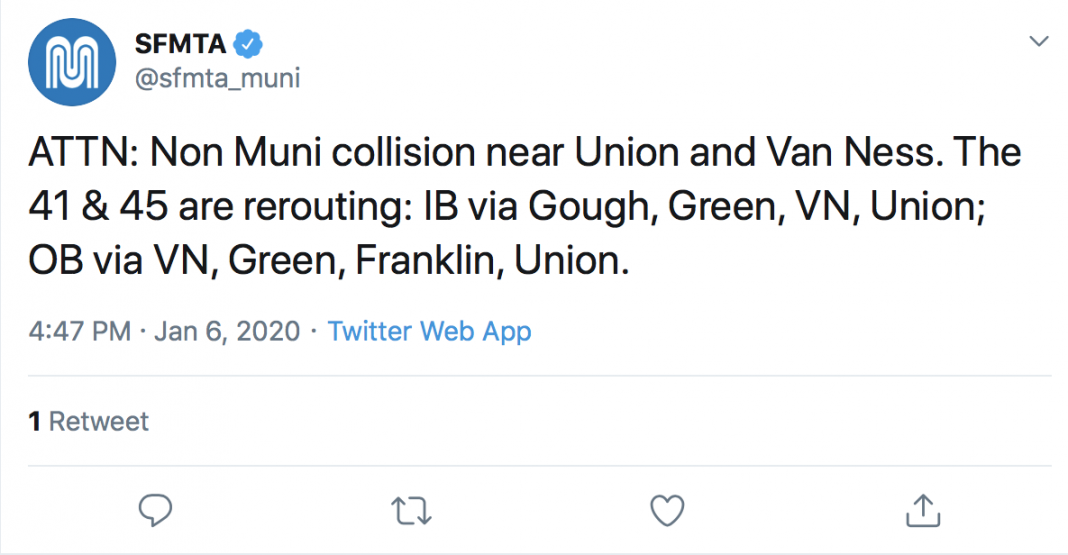 SAN FRANCISCO—Four suspects driving a vehicle involved in several auto burglaries were arrested on Monday, January 9 following a crash that occurred on the 1500 block of Union Street.

The suspects fled on foot. Officers with the San Francisco Police Department caught up with the suspects who were later arrested.

Officer Lobsinger of the SFPD told the San Francisco News that they found a large capacity magazine in Alston’s possession.

The officer who was injured was taken to a local hospital to be treated for non-life-threatening injuries. Each of the suspects have been charged with conspiracy and resisting arrest.