UNITED STATES—It was a scuffle and a soft whimper that led Alison Sawyer Current to the pile of logs in an unkempt abandoned lot. She loved exploring Isla Mujeres, Mexico but the sleepy, little fishing island off the coast of Cancun had an animal problem.

“Earlier in the day I had rescued five hungry puppies from under a pile of wood,” Alison recalls. “Something told me I had to go back.”

Laying on the ground she reached under the stack of logs and wiggled her fingers. A wet nose followed by a soft ball of fur slid into her hand. “Afterwards, I just sat there hugging this tiny creature feeling both happy and sad; happy that I’d found the entire litter and sad for all the puppies that would never be found.” It was the first rescue Alison had done on her own and one of the many experiences that propelled her into the life of a full-time dog lady.

Alison and her husband started visiting the island for longer stretches of time and soon their vision of living on Isla Mujeres came to fruition. They built a beautiful home on the beach where the turquoise waves would roar over the sand and break into a foamy spay on the coral reefs. They were living their dream, but the desperate and hungry dogs continued to tear at her heart.

“They would routinely round them up for extermination by electrocution,” Alison says. “It was unbearable. I had to do something.”

Working with a small group of concerned expats, Alison suggested they use the storage room over her garage to temporarily house the dogs. It wasn’t long before Alison’s rescue operation began to expand.

“I’d wake up in the morning and new dogs would be tied to my front gate,” Alison recalls. “I saw it as a good sign that people wanted help with the growing population of street dogs.”

Very quickly, the number of animals at the house rose to sixty-five. It was Alison’s turn to ask for help. The small rescue group set up a website and used other kinds of social media to spread the word. 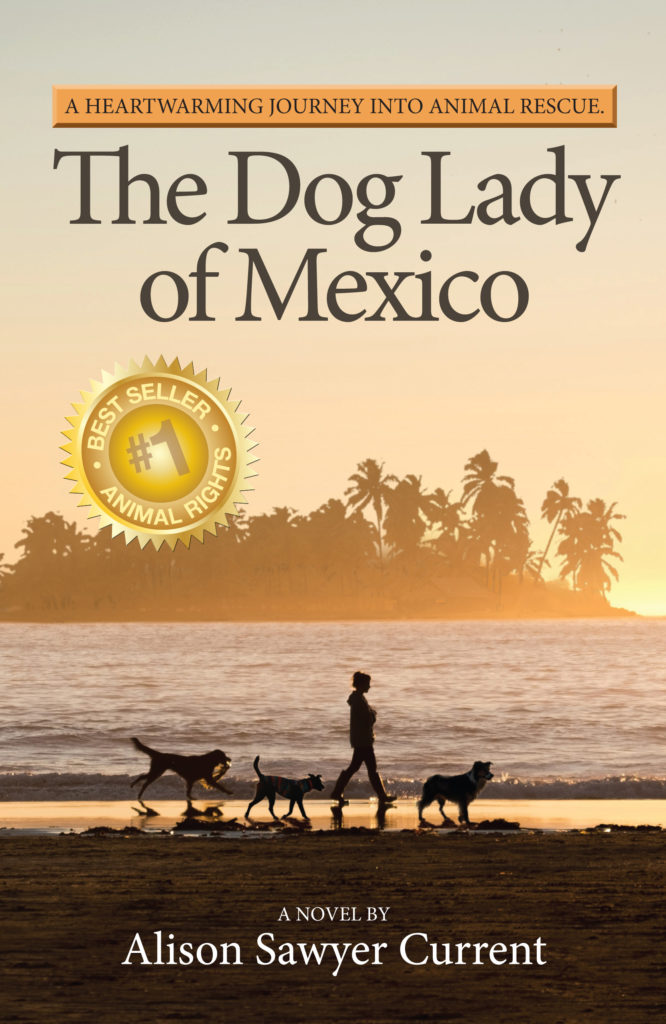 “It was an incredible way to reach out and talk about what we were doing. I found out people truly cared and were happy to help no matter where they lived in the world.”

With donations and volunteers, Alison organized free spay and neuter clinics. They started on the island, doing fifty dogs and cats at a time and then expanded to the mainland. Last November, they set up their annual campaign in Rancho Viejo just north of Cancun. With a team of dedicated volunteers and veterinarians they spayed and neutered 1200 dogs and cats in five days.

“I have volunteers that have been coming for ten years,” Alison says proudly. “They come back and love what they do. Our mission is so clear and it’s really making a difference. Today, the animal population on Isla Mujeres is predominately under control and over the last twenty years we have saved over 10,000 dogs and spayed and neutered over 20,000.”

Sawyer Current’s work has cost her dearly both financially and emotionally, but she refuses to give up. “It’s been hard and heartbreaking work, but I feel I’ve made a huge difference and I don’t regret a thing.”

She also applauds the new law that came into effect in California January 1, prohibiting pet shops from selling any dogs, cats and rabbits that don’t come from rescue organizations.

“What California is doing is amazing and more States need to adopt the legislation,” Alison says. “We have to take care of the animals we have on the streets and in shelters now, not breed more. There is a rescue for every kind of dog.”

Alison grows introspective as she looks back over the last twenty years of animal rescue.

“They ask so little of us,” she says. “Just some food, water and love. They live to make us happy and we owe it to them to make their time on earth as happy and healthy as possible.”

Alison’s book, “The Dog Lady of Mexico” chronicling her adventures has just been published and is available on amazon.com.