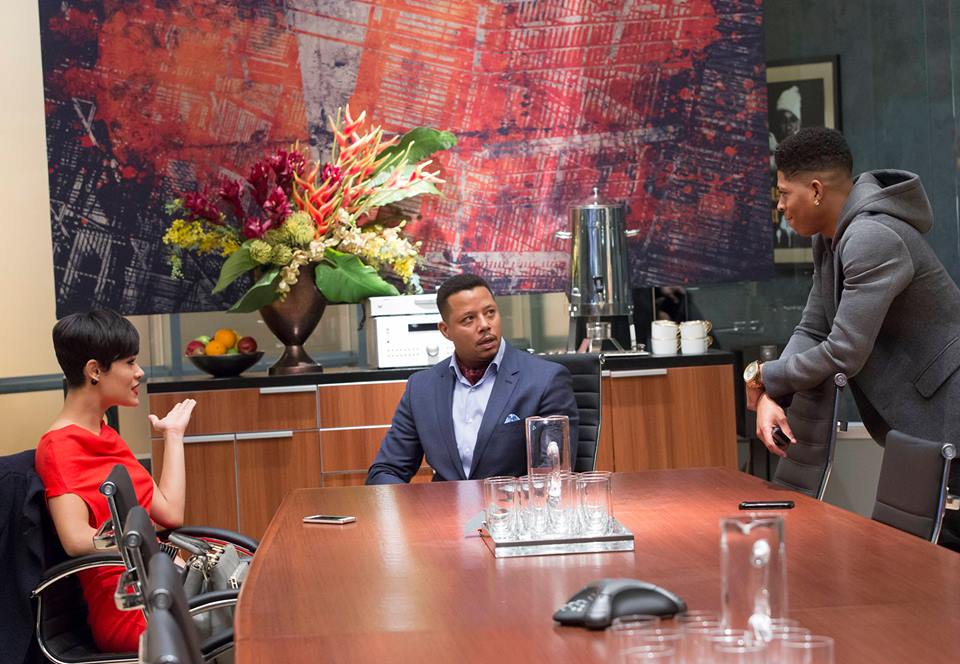 HOLLYWOOD—Plenty of people are still wondering why the FOX series “Empire” was such a favorite with audiences.  The fact that the ratings grew week after week, after week leading up to the first season finale, left TV critics baffled. There is a reason the series was such a hit: it was unlike anything ever seen on television.

Some compared it to a musical, to the likes of “Smash,” but I wouldn’t go that far. It had “Smash” like moments, but where that series flustered this one thrived. The music only heightened the narrative of the show, it was not the show. Watching “Empire” I never had the sense I was watching a musical, I was watching a drama that utilized music in a way that was so effortless that you couldn’t take your eyes off the screen.

Another important element of the show’s success is its risks to tackle a polarizing subject matter in the African-American community: homosexuality. This is not something often highlighted in TV shows featuring a cast of predominantly black characters. Some might have taken offense to seeing the issue displayed on network television, but it’s something that has opened eyes in the African-American community.

At its core, “Empire” is a series about a dysfunctional family, and while some of its dysfunction might be a bit over the top, it was a rollercoaster ride fans wanted to take each week. We have the dynamic of the happy family that is shattered when the matriarch, Cookie portrayed with such ferocity by Taraji P. Henson spends nearly 2 decades away from her family. Also seeing the abuse that some of the boys endured at the hands of their intolerant father Lucious (Terrence Howard) was another slice of the cruelty of growing up gay in the hood. Not everyone will embrace it.

I think a particular dynamic that is crucial to examine is the personalities of the three boys Jamal, Andre and Hakeem; each vying for that acceptance from their parents, at any cost. I know this is something no parent wants to hear, but from the perspective of the child, we always see one child (for those of us with siblings) who can be a ‘favorite,’ even if that is not the parents’ intention. That is something seen in every single episode of the show. One week Jamal is in the driver seat, the next week Andre and then Hakeem. There was always a switcheroo in my opinion.

A big part of the shows success is that it shines a bright light on the music industry. Is what the audience seeing depicted on the small screen a real life portrait? That is to be determined, but we truly get the opportunity to delve deep inside those inner workings of A&R, recording sessions, publicity outings and so much more that we ‘think’ is all great, but in actuality its more chaotic than one can ever imagine.

The largest testament to the series success is the casting. I mean could we imagine any other actress’ portraying the role of Cookie Lyon besides Taraji P. Henson. I don’t think so. This woman is wicked to the core, and presents a character that you root for, you despise, you love and so many other things it’s hard to talk about them all. She can be so blunt at times it makes you cringe on the sofa, but at the same time she says what you were thinking, but in a way that isn’t as brutal as you’d expect.

The same accolades go to Terrence Howard, who gives us a titan who is not willing to be played a fool by anyone, not even his family. Look what he did to one of his best friends in episode one. If you thought Cookie was ruthless, think again. Lucious is so dangerous when he strikes you’ll never see it coming. Powerhouse vocals from Jussie Smollett and Bryshere Gray bring that musical aurora that draws the viewer in that much more.

Perhaps the greatest strength “Empire” embodies is not shying away from the fact that it’s a soap opera to a degree, and each episode found a way to deliver another shock to bring the audience back the following week. Rather it was a character being killed, a dark secret coming to light, or a shocking twist no one expected, the show did it without being over the top. Soaps can be a bit convoluted at times, but this one was a bit more rooted in reality.

The scary thing about “Empire” is considering the major success it endured in season one, is rather that can be magnified or heightened for season two. When the bar is set so high, at times it’s impossible to excel higher, but I have a feeling the writers know precisely what they are doing to bring the audience back week to week: its simplicity. Remember at its core, “Empire” is about family, the ups, the downs, the major ups and the major downs, and fans love to see that.

Secrets, Lies And Deception On “Days Of Our Lives!”