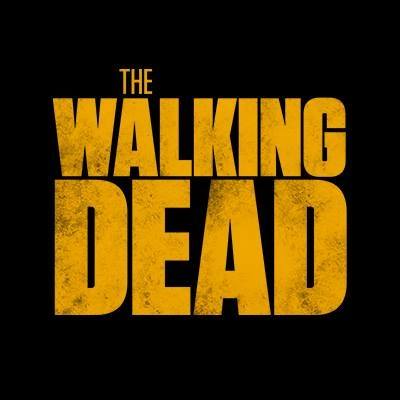 HOLLYWOOD—Whew, the last time we discussed “The Walking Dead” fans were stunned to realize that Jesus (Tom Payton) became the first victim of our heroes newest threat, ‘The Whisperers.’ Well, in the aftermath of Jesus’ unexpected death, even bigger news was dropped to fans of “TWD” this week. Michonne aka Danai Gurira is leaving the series! Oh, that is something I never expected and it’s a devastating blow to the series that has already lost Rick, Carl, Maggie and soon Michonne. We can talk more about that later so let’s decipher the loaded mid-season finale premiere episode, ‘Adaptation.’

We picked up precisely where last season ended with Eugene, Michonne, Daryl, Aaron, Magna and Yumiko fighting off the whisperers to escape. This new threat is a major problem, because how do you fight an enemy when you’re not certain what you’re going to get? Negan was on the move back in Alexandria, after getting his first taste of freedom in years after being locked away for his crimes. He quietly roamed in the dark of the night hoping not to be spotted. With shovel and disguise in hand, Negan made his move to escape Alexandria, but little ole Judith with gun in hand, told Negan to halt.

He tried to negotiate, but the little one was having NOTHING OF IT. I loved every minute of. He pled his case, which prompted Judith to lower her weapon; she gave him the benefit of the doubt, but we all know Negan is planning to exact his revenge. Back at The Hilltop, Tara and company were planning their next move, where Alden and Luke bonded as the newcomer attempted to pull his weight at the camp. Looks like Daryl and Michonne are not going to allow the Whisperers to walk over them. They managed to capture one of their enemies in an effort to gain information to be a step ahead of their new threat. Their captor refused to speak, even as Tara, Daryl and Michonne demanded answers.

Negan found himself back to his vicious ways as he dispatched of a walker with a shovel, before taking off the head of a burned corpse. Tara, Rosita and Enid were stunned to learn about the news of Jesus’ death. Negan broke into a home looking for supplies, but ran into some trouble when he was accustomed to three vicious dogs out for blood. Alden and Luke bonded over their love for music, as talk about that ‘infamous fair’ came to light.

Luke proved that he is no fighter, as Alden came to his rescue. From a distance the two spotted a massive horde of walkers that were actually ‘Whisperers’ in the flesh.  The Whisperers seem to camouflage as a way to see if they can trust new people they meet. Either this woman is a great actress or its part of a ruse. Negan was able to make his way back to the Sanctuary, but little did he know, his prior compound is a complete mess. Daryl and Michonne were concerned about what steps to take next to ensure they didn’t bury more of their own.

Looks like Negan is finally home, but I wonder how Michonne will respond to learning that the guy that Rick should have killed is loose and likely planning his resurgence? He got to work hoping to rebuild his compound. Daryl not satisfied with the information their captor gave made threats and she started to speak. She confessed that her mother is a mastermind; she is the leader of the Whisperers from what I could decipher. Daryl was ready for blood, but knowing that she was not confessing the truth, Henry was her savior. Daryl backed down and scolded Henry for interfering in his business, just as it became apparent that Henry is making a new friend while in lockup, Lydia. Wow, the final moments of the episode was a shock, with Judith firing a bullet at Negan while he was riding a motorcycle, and maybe just maybe Negan realizes what he hoped is not going to happen.

Luke an Alden stumbled upon a dangerous situation where they came face-to-face with the Whisperers, who took prisoners. Looks like it’s a game of chicken, the heroes have obtained a threat, just as the villains have a bit of leverage.   The stage is being set for a climatic end to season nine. Until next Sunday “Walking Dead” die-hards!