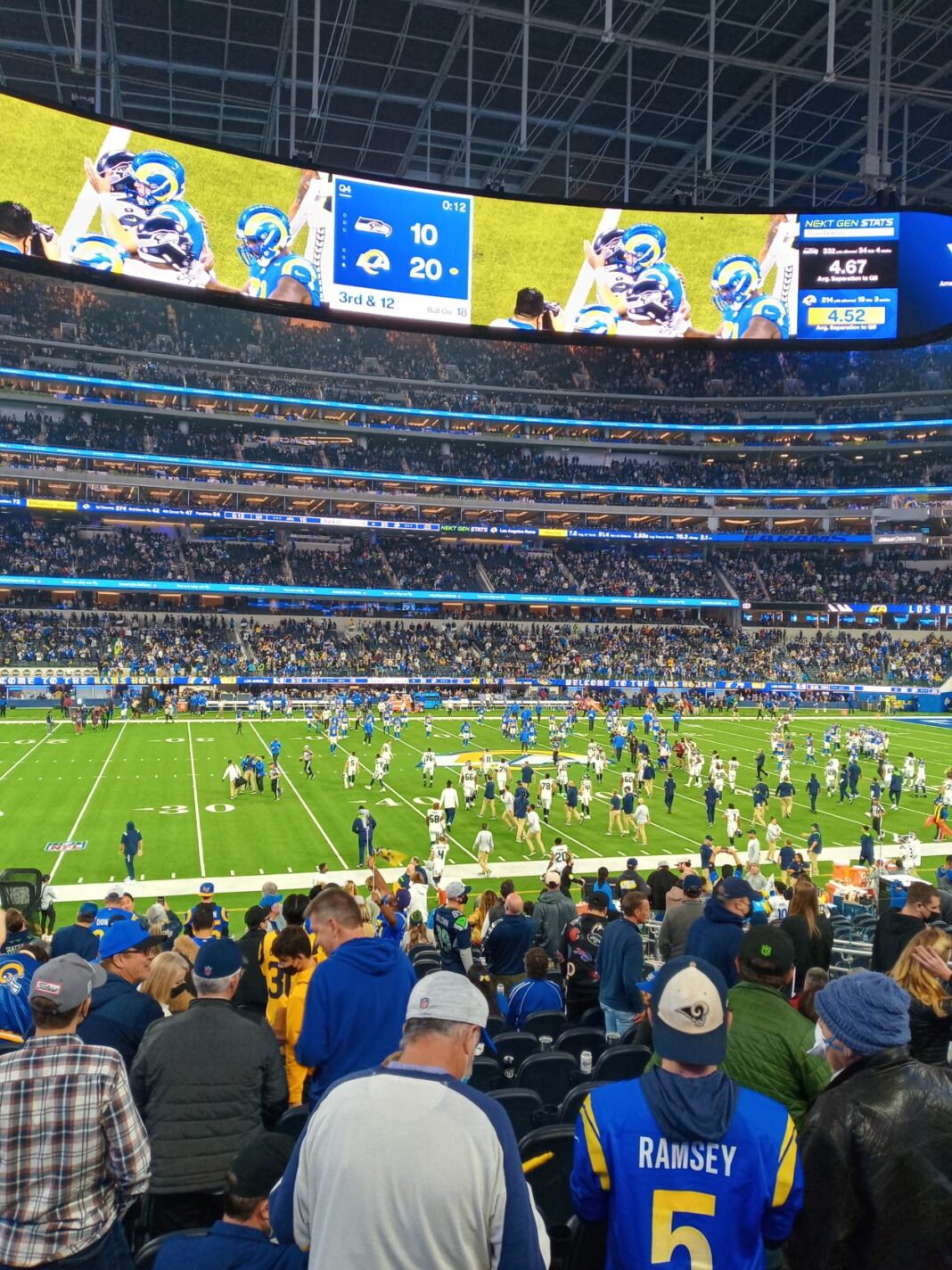 INGLEWOOD—Trailing by 17 points, the Niners playoff dreams crumbling, Jimmy Garoppolo with a broken thumb mounted a miraculous comeback to edge the Los Angeles Rams, 27-24 in OT to punch their ticket to the postseason.

The 49ers will meet their arch nemesis in arguably the greatest rivalry in the NFL; when the San Francisco 49ers visit the Dallas Cowboys to renew their historic rivalry on Sunday, January 16 at 1:30 p.m. at AT&T Stadium

The gut-wrenching loss cost the Rams dearly, dropping from the No.2 seed to No.4 seed in the NFC Playoffs, which begins next weekend.

Los Angeles will host the Arizona Cardinals in the first ever Monday Night Football playoff game, wrapping up Super Wildcard Weekend. The Cardinals are led by dynamite quarterback Kyler Murray, and wide receiver Deandre Hopkins and defensive end J.J. Watt are expected to return from injury.

The Los Angeles Rams split the season series against the Arizona Cardinals, as both teams ironically defeated the other on their own field.

Early on, it was all Rams, tight end Tyler Higbee caught two touchdowns in the first half alone making it 17-0. It proved to be a game of two halves, the large red and gold contingency in the SoFi stands made their voices heard, the 49ers shutout and outscored the Rams by 14 points in the third quarter alone.

With just 26 seconds left in the 4th quarter, the Niners playoff aspirations hanging in the balance, Garoppolo found Juan Jennings for a 14-yard TD pass sending the game to overtime, 24-24.

In OT, San Francisco won the coin toss and kicked a field goal making it 27-24. On the ensuing possession, Stafford threw deep for Odell Beckham Jr., but the ball was underthrown and intercepted by rookie cornerback Ambry Thomas. Niners win 27-24.

The Los Angeles Rams (12-5) have all of the talent in order to host as well as be a participant in Super Bowl LVI at SoFi in February. The first step on the journey begins Monday, January 17 at 5:15pm PST facing off against their NFC West foes, the Arizona Cardinals. It will air on ABC and ESPN.