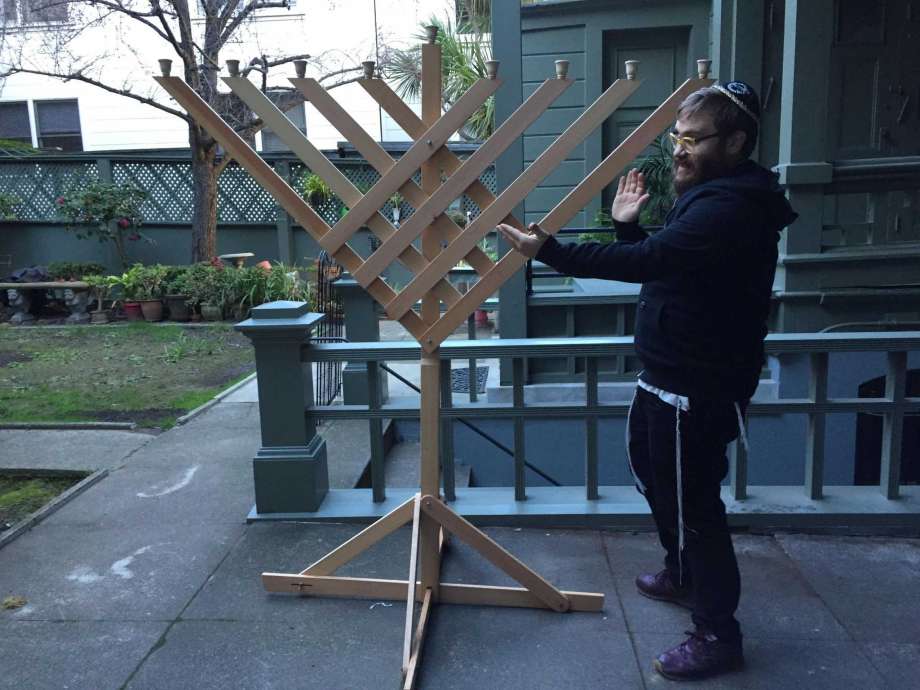 SAN FRANCISCO—A replacement menorah has been shipped to Washington Square Park after the original one, which was made of metal and stood 6 feet tall and weighed over 100 pounds was stolen over the Christmas weekend. Authorities were notified of the theft.

The menorah belonged to Rabbi Peretz Mochkin, who supervises Chabad of North Beach San Francisco, a Hasidic Jewish organization. It was located at Filbert and Stockton Streets and reportedly stolen before a scheduled candle lighting to mark the first two nights of Hanukkah. The news of the theft spread nationwide.

Upon hearing about the incident from a business partner, Massachusetts resident Yochanon “Mitch” Bogart, who holds a graduate degree in Physics from the Massachusetts Institute of Technology shipped a wooden, fold up menorah. Bogart built the menorah himself and kept it in his garage. It was sent to Rabbi Mochkin, his wife, Miryum Mochkin, and their five children.

Bogart said he spent about $300 on shipping the menorah via FedEx and valued the menorah, which was handcrafted of fir, to be worth an estimated cost of $700.

NBC Bay Area shared that Bogart had crafted 15 menorahs this year. He had three left, two of which he gave to his sons (both of whom are rabbis), and the last of which was sent to San Francisco.

The Mochkins received the new model at around 10:00 a.m. on Wednesday, December 28. Rabbi Mochkin has described Bogart’s donation as “unbelievable.” He and his children began putting the model together and are planning on decorating it.

The family will reportedly display the fold up menorah and hold a candle lighting in Washington Square Park on New Year’s Eve, which will mark the eighth night of Hanukkah.

NBC Bay Area tweeted a video of Bogart after he sent his handcrafted model to San Francisco.

Officials have yet to identify the suspect(s) who stole the original model.