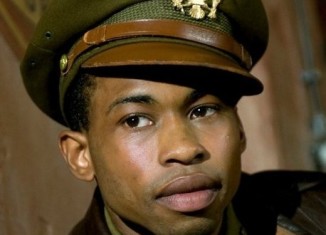 HOLLYWOOD—Marcus T. Paulk, 28, star of former television series “Moesha” was arrested for a DUI and drug possession on February 1. The actor was released shortly after his arrest.

According to reports, Paulk was pulled over in Scottsdale, Arizona for driving too close to emergency vehicles. The child star failed a field sobriety test and admitted to drinking and smoking pot prior to his arrest.

Paulk blew a .109 on a breathalyzer. He had a prior run-in with the law for violent incident that involved his ex-girlfriend in 2013.